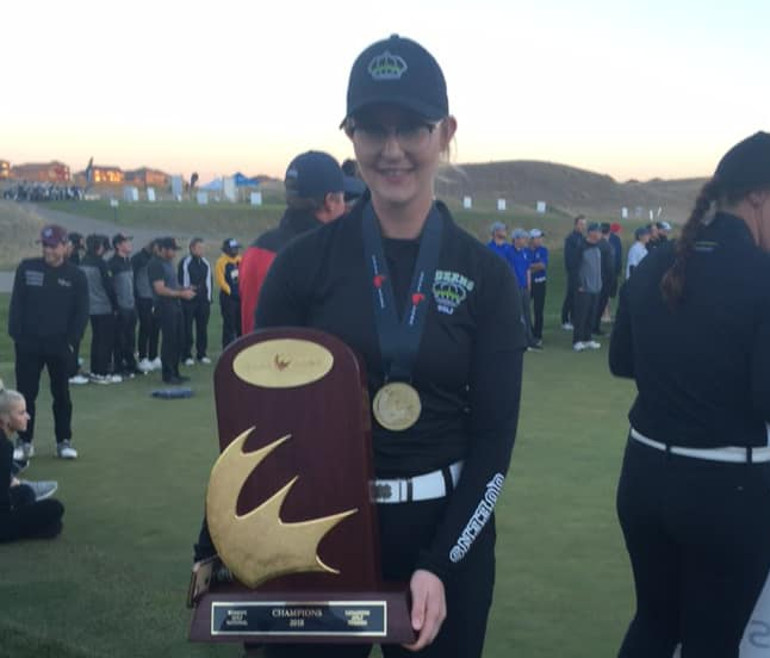 Chloe Sies is the September Sask Sport Athlete of the Month

Sies, 19, was named the Sask Sport Athlete of the Month for September by the amateur sports governing body on Oct. 23. She was the winner of the Alberta Collegiate Athletic Conference (ACAC) Women’s North Regional Golf Championship at the Lac La Biche Golf Club on Sept. 16.

Her team, the Red Deer Queens claimed their first national title this past weekend. Sies finished second on her team and sixth overall in the event in Medicine Hat.

Sies was nominated for the Sask Sport honour by Golf Saskatchewan.