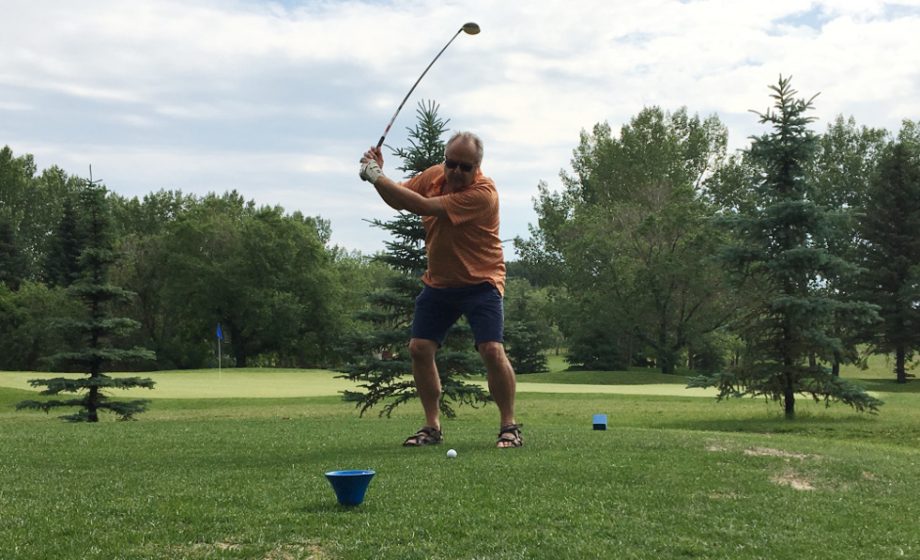 After being closed for a season the golf course at Sandy Beach Regional Park is open for business and business is good.

Officially named a regional park in 1966, a nine-hole sand green course was built shortly thereafter. Although the facility was well used according to board president Howard Mehain, he said the group operating the course had a decision to make. The group pondered expanding to 18 holes with nine new grass greens about five years ago, but the final decision was made to revamp the current layout and change the greens to grass. Mehain said the outcome is better than the committee envisioned.

“We started doing some work in the fall two years ago, we had the course closed last year and reopened this year. We are happier than we could ever be,” he said.

On June 23, the club celebrated a grand re-opening inviting sponsors, volunteers, staff and contractors to the course located just North of Lloydminster. Mehain said recognizing the people that contributed to the renovations was important to the board.

“We were really fortunate that we found local people at great rates,” he said. “Lots of people expected we’d take our 30-foot diameter sand greens, dig them up, put dirt in and seed them to grass. We ended up reshaping them, 4,500 square feet with lots of modulations. The course is way better than we ever thought,” he said.

The crews working on the course focused on other aspects as well, trees were relocated or removed, and a new irrigation system was installed. The course is equipped to expand to 18-holes but Mehain said the committee feels focusing on nine holes at this point is the proper venture. He said the group wants to provide the best experience possible for golfers and visitors to the park.

“We’re really happy with how it worked, so far we’ve been really busy. We have a few more things we’d like to do but so far we are thrilled with how it turned out,” he said.

Sandy Beach’s annual open tournament will return this year, that is scheduled for Aug. 11.