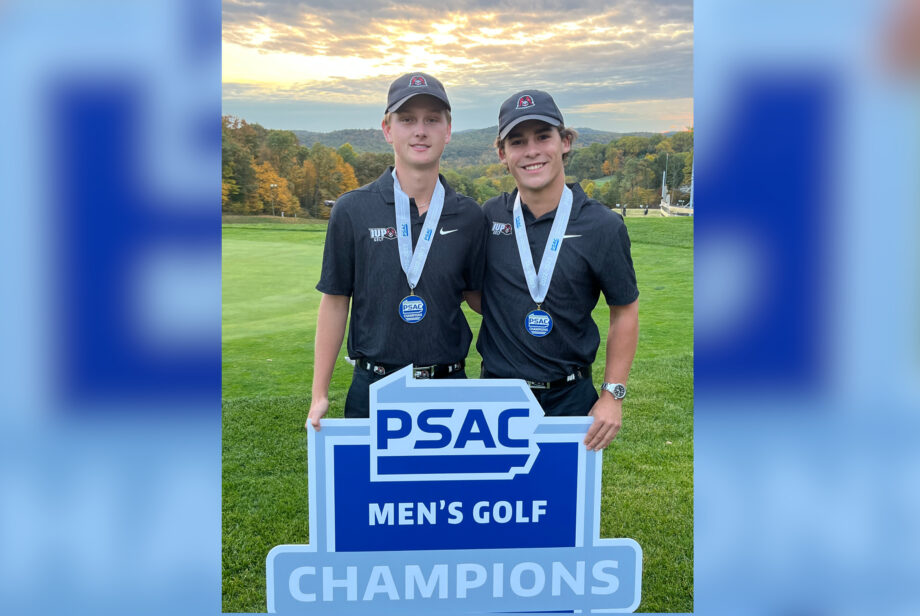 Guillermo Salazar has a college win to conclude the first half of his freshman year at Indiana University of Pennsylvania.

The long-time Waskesiu Golf Course member went 73, 75, 69 this week at the PSAC Championship in Lebanon, Pennsylvania to claim the event by a shot. The Calgary product helped the Crimson Hawks win the event alongside fellow Waskesiu player Alex Swinnerton who tied for third thanks to a 54-hole total of 220 (73, 72, 75).

You can hear from Salazar who spoke with Golf Saskatchewan’s Clark Stork after the win.

Estevan’s Jace Carlisle was in action this week at the Sacred Heart University Fall Classic in Milford, Connecticut. Competing for Post University at the Great River Golf Club the TS&M Woodlawn Golf Club member placed 45th with rounds of 82 and 79.

The Eagles were sixth overall in the team competition. That was Carlisle’s last event of the fall season.

Also competing in his final fall event for Houston – Victoria University (UHV), Eston’s Cort Tunall tied for 35th a the UHV Fall Classic in Victoria, Texas this week. The Kindersley Golf Course member shot rounds of 78, 85, and 81 at the Victoria Country Club.

Tunall was competing for the UHV ‘B’ team at the school’s home event, the team placed seventh. The UHV ‘A’ team won the event to close the fall season.

North of the Border

Friedrich is two shots behind the leader. Fellow Medicine Hat College teammate Jayden Dudas of Estevan vaulted 11 spots up the leaderboard on Wednesday into 11th place.