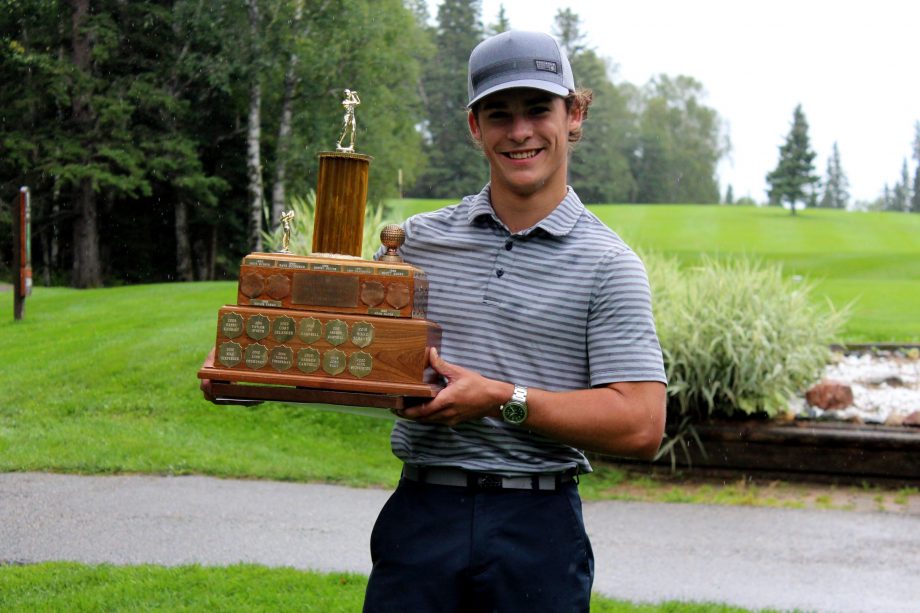 Guillermo Salazar is currently enjoying the best week of his golf career.

After winning the junior boys division at the Maple Leaf Junior Golf Tour’s event at Elk Ridge last Sunday, Salazar followed that up on Friday by defeating Saskatoon’s Chase Pochylko in the championship flight final at the 2021 Coca-Cola Junior Men’s Lobstick at the Waskesiu Golf Course.

“It feels really good to be on a high wave of momentum at the moment,” said Salazar, who is from Calgary but has spent his summers at Waskesiu for the last decade. “I’m not sure how long this is going to last so I’m just trying to enjoy it.

“The Junior Lobstick is an event that I’ve wanted to win for a while and to be able to do it is pretty amazing.”

Salazar, who reached the semifinal round at the 2018 tournament, trailed by two holes early on in the final but turned things around after making an eagle on the par-five sixth.

He took the lead from Pochylko with a par on the tenth hole and kept up a two-hole cushion through the back nine.

“Whenever you get an eagle that really gets the blood flowing and I was able to carry that momentum into the next few holes,” said Salazar, who reached the final after victories over 2020 runner-up Will Blake, Max Regier and Hudson Malinoski.

“I played really aggressively at Elk Ridge last weekend and I kept that approach up here, which I think led to my success this week. I did get into a little bit of trouble sometimes with that approach, but my mental game was strong and that kept me in the hunt for both tournaments.”

Although he was unable to close the gap on Salazar, Pochylko kept the pressure on his opponent with key par putts on the back nine before he conceded the match on the 17th hole.

“I thought I had control of things on the front nine, but the eagle that Guillermo made on the sixth hole really turned things around,” said Pochylko, who golfs out of the Riverside Country Club.

“He tied things up with a birdie on the eighth hole and I just made a couple of mistakes there on the back nine that cost me in the end.”

While he didn’t come away with the win, Pochylko easily surpassed his previous best result at the event, as he was the runner-up in the third flight consolation bracket in 2016.

“My ball striking wasn’t quite as strong as I wanted it to be, but my putting was really good and I felt great here all week,” said Pochylko, who picked up wins over Darien Herlick, defending Junior Lobstick winner Alex Swinnerton and Luke Cote earlier this week.

“The match I had with Alex on Wednesday was one of the best I’ve ever been involved in. I would have been pleased with my week had I lost to him, so to make it this far is something that I’m really happy about.”

The results from Friday’s other flight finals were as follows: