Rumancik reflects on first win of 2019 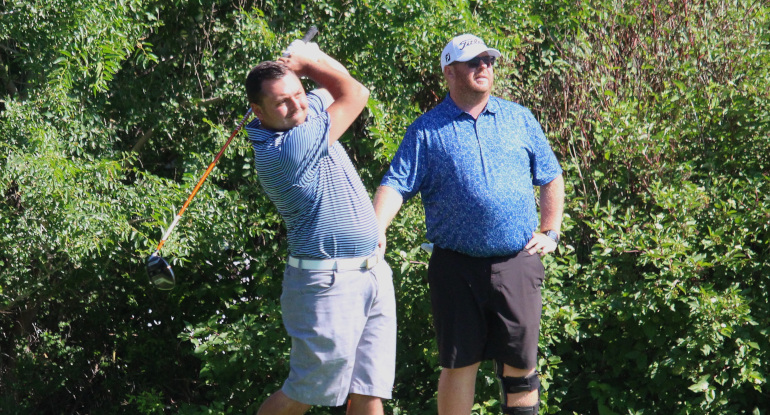 It looks like Elmwood Golf and Country Club head pro Brennan Rumancik is just getting rolling in 2019.

Rumancik earned a PGA of Saskatchewan Zone Championship title up at Evergreen Golf Course in Nipawin earlier this week – his first victory of the summer season.

“It felt great – I felt pretty good going into the week, I had a couple good practice sessions before I got out there,” he said. Soon as I got out there, I fell in love with the golf course. It’s fantastic – it’s tree-lined, it’s everything you can want out of a golf course.”

The reigning Sask PGA Player of the Year said, in a tournament that he won by four strokes with rounds of 70 and 69, he used previous tournament results to finish strong.

“I kind of drew on some experience from last year on what went well and didn’t go well, and I took those negatives from last year and turned it into a positive this year.”

Rumancik was the lone golfer to shoot under par both rounds in the northeast, doing so with a tidy effort from tee to green.

“It was kind of everything. I hit my driver well – I didn’t it a lot during the week, but I hit it well,” he said. “My short irons were really good – that’s kind of what fed into most of it. I hit a lot of 2 irons and 4 irons off the tee, which left me a lot of 7s, 8s, 9s, pitching wedges into the greens. That’s what helped me score, I hit a lot of shots close. And, my putting was great. My putting, fortunately, is always up there, and I’m happy with how it went.”

Up next on the PGA of Saskatchewan schedule is the Pro Junior tournament, hosted right here in Swift Current at Rumancik’s home course.

“That’s one of my favourite events on the schedule. It’s not really about us pros for that event, it’s about the kids,” he said. “We get three kids on our team, and they play a fun scramble format between them, and I play my own ball. Whichever gets the best score on that hole, that’s what the kids get for their score.”

“It’s a great event to have out here at Elmwood – we’ve hosted it a few times, and it’s just an awesome event for the kids to experience as well.”