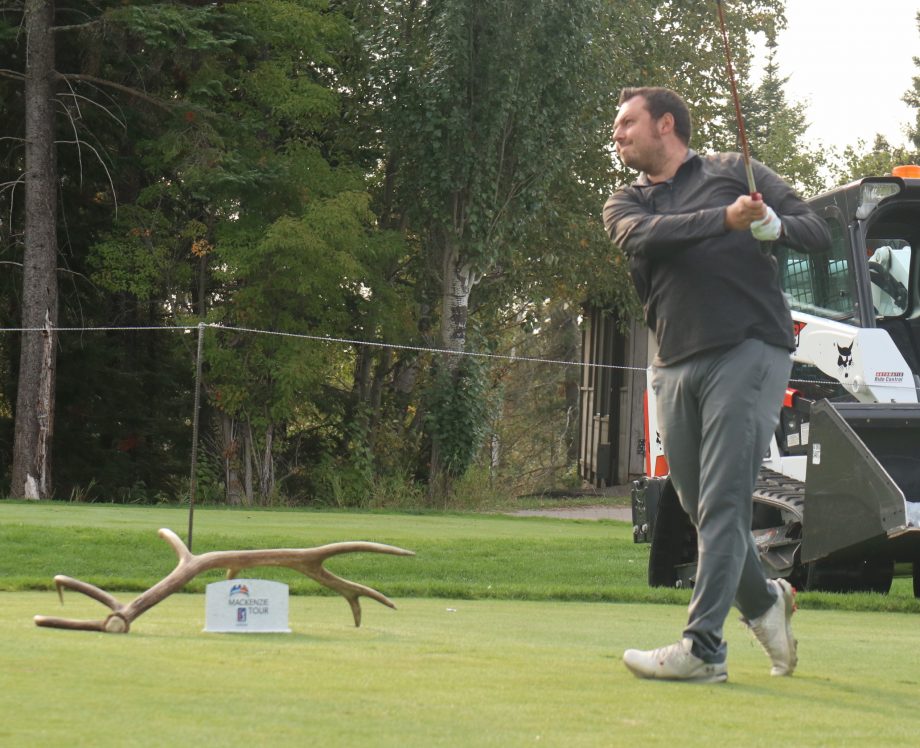 Brennan Rumancik is tied for third at the Elk Ridge Open going into Saturday's final round.
Clark Stork

Swift Current’s Brennan Rumancik tied for the low round of the day and sits in a tie for third-place thanks to a five-under 65 in Friday’s round two of the Elk Ridge Open.

Rumancik vaulted 37 positions up the leaderboard after an opening round 73 on Wednesday. He said there was no pressure, he simply played his game on a tough Elk Ridge course.

“It was just a great day of golf,” he said to Golf Saskatchewan after his round. I hit my driver really good, it’s definitely the best that I’ve hit it. I’ve been really working on a little bit more of a cut shot off the tee, a little bit more of fade. I’m traditionally a draw ball striker, but I went with the cut shot to keep it in play and it worked out really good today.”

Rumancik hit every fairway allowing himself to attack the pins. He said his day on greens was just as good.

“Everything pretty much went down today, I hit a lot of good iron shots. I didn’t get it as close as I would have liked a lot of times, but it was windy, it was tough out there,” he said.

Rumancik sits six shots behind the leader, Raoul Menard who also shot 65 on Friday. He will play in the second last group alongside fellow Saskatchewanian Kade Johnson of Yorkton.

Johnson followed his opening round of 71 with 68 in round two, he’s tied for sixth.

Their group tees off at 10:26 a.m. on Saturday. The trophy presentation will be held in the afternoon.

The top amateur in the tournament is Tayden Wallin of Humboldt. The 2017 Saskatchewan junior champion is at plus-five, he’s tied for 30th.

You can hear more from Rumancik below as he spoke with Golf Saskatchewan’s Clark Stork Friday evening.