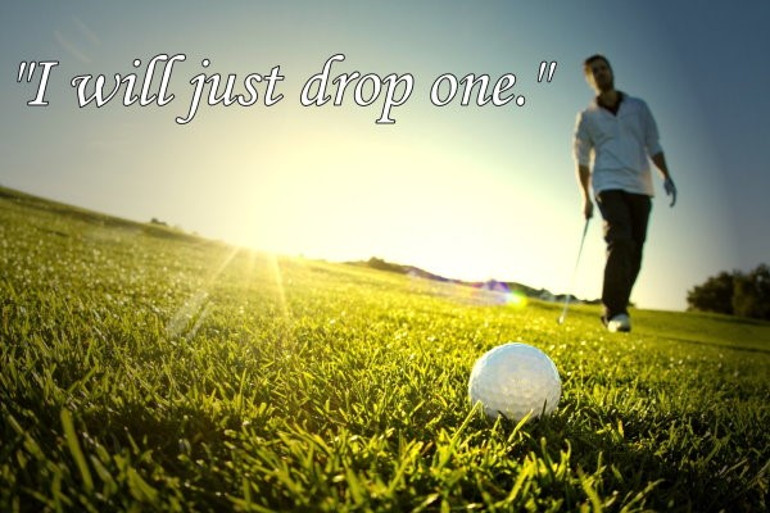 QUESTION: Dave was unable to find his ball after a brief search, he drops another ball (Ball B) under Rule 27-1 and plays it (not where he previously played from). Dave then finds his original ball within five minutes after a search for it began. Dave lifted Ball B and continued to play with the original ball. Was this correct?

ANSWER: No. When Dave put the substituted ball into play at the spot of the previous stroke with the intent to play a ball under Rule 27-1, he proceeded under an applicable rule. Therefore, rule 20-6 does not apply (known as the eraser rule allowing the player to pick up his ball and proceed correctly), and he must continue with the substituted ball (see Decision 27-1/2). The original ball was lost when Ball B was dropped under rule 27-1 (see Definition of “Lost Ball”).

When Dave lifted Ball B, he incurred a penalty of one stroke under rule 18-2. When he made a stroke with the original ball after it was out of play, he played a wrong ball (see Definitions of “Ball in Play” and “Wrong Ball”) and incurred a penalty of loss of hole in match play or an additional penalty of two strokes in stroke play (Rule 15-3). In stroke play, the player would be disqualified if, before playing from the next teeing ground, he did not correct his error (rule 15-3b).

Although this decision seems hard to believe, it happens almost every week in recreational play. Remember, playing under the rules doesn’t take more time but it will save you a few strokes in the long run.