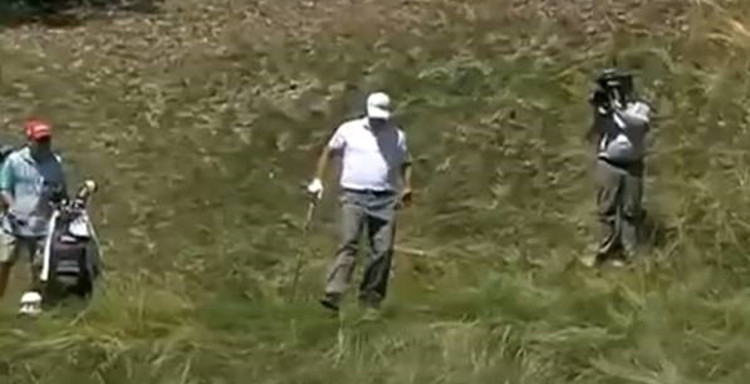 Prior to teeing off Sunday at the Military Tribute at Greenbrier Country Club Phil Mickelson walked to the front of the teeing ground and moved some grass with a kicking motion. He then went back to tee off and started a conversation with his fellow competitor and caddie. “I’m not sure if that was legal,” explained Mickelson. He then teed off.

Walking up the fairway, he asked a referee and a short time later, it was confirmed, Phil had incurred a two-stroke penalty for breach of Rule 13-2. As this breach occurred on the teeing ground, all he had to do was move a few feet away and tee off from the new position and he wouldn’t have incurred a penalty, because it would not have been on his line of play.

QUESTION: On the teeing ground, a player broke off a branch of a tree which was interfering with his swing. The player maintained that such action was not a breach of Rule 13-2 because his ball was not yet in play. Was the player correct?

ANSWER: No. The player was in breach of Rule 13-2 for improving the area of his intended swing. Although Rule 13-2 allows a player to eliminate irregularities of surface on the teeing ground, it does not allow him to break a branch interfering with his swing. The penalty would apply even if the player, before playing his next stroke, re-teed elsewhere on the teeing ground – see Decision 13-2/24.  In the Phil situation on the teeing ground, as he did not break off any grass, if he simply moved over a couple of feet in either direction (abandoned his teeing area) for the shot he would have been ok to proceed without penalty.