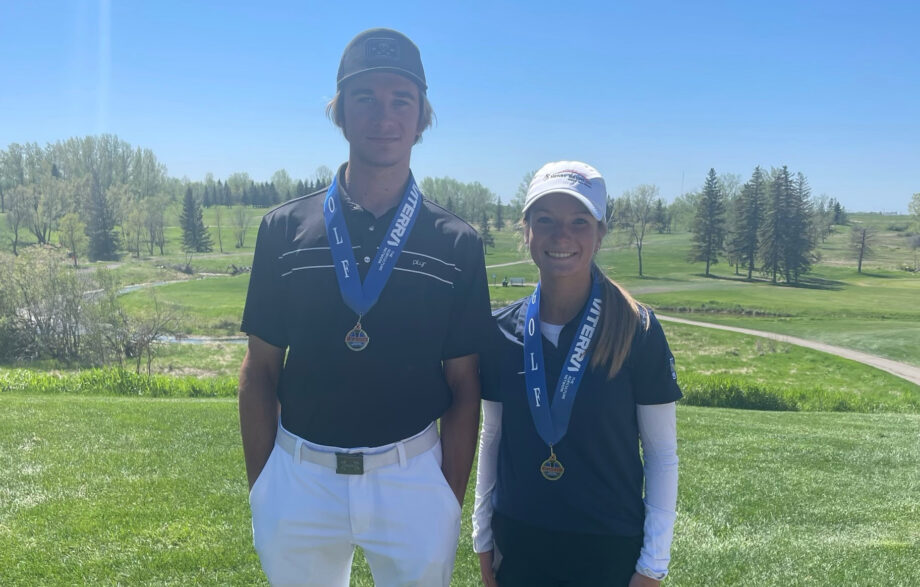 Hallie Crozier and Hunter Kutcher are the winners of this year’s championships that took place on May 31 at Murray Golf Club in the Queen City.

Crozier shot 40 through the front nine on a blistery day in Regina building a solid lead before a steady 47 left the 17-year-old six strokes ahead of Sung Park. Alex Sutherland was third with a score of 100.

Crozier spoke to Golf Saskatchewan about her start in golf, working to get better, the win, and goals for the future.

Kutcher added the win to his impressive junior resume that includes the 2021 Saskatchewan junior championship.

He held off fellow RRGC member Luke Cote by six shots winning with an 18-hole score of 77.

Owen Kirk was third at 88. The complete results can be seen here.

Kutcher spoke with Golf Saskatchewan about the win, his recent weekend at the Scotia Wealth and playing with Phil Jonas, and his goals for this summer.

Kyler Kohli was the junior boys winner after shooting an 83.