Round one of senior championships complete 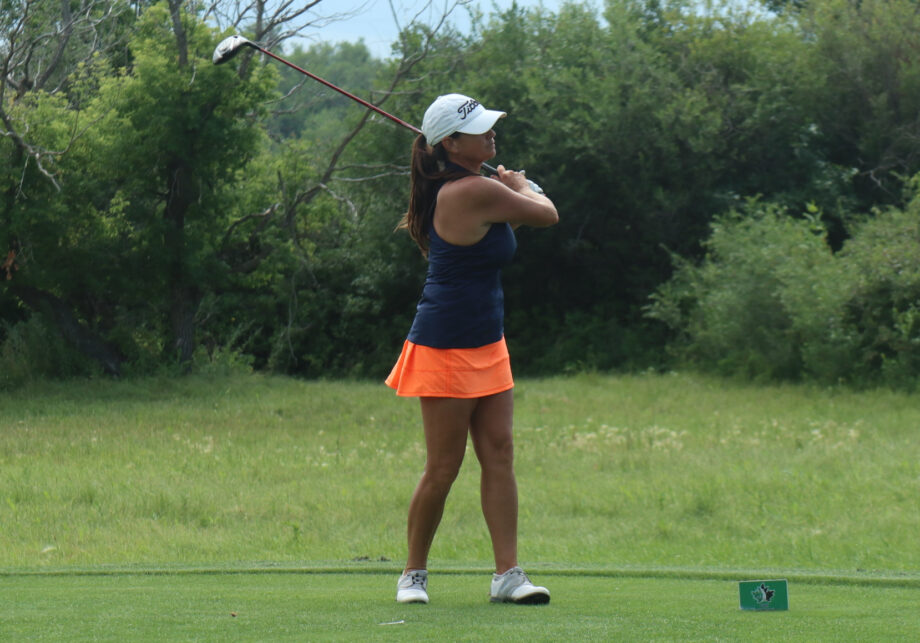 Defending Saskatchewan Senior Women’s Champion Kim Walker is off to a strong start at the 2022 event.

The Wascana Country Club golfer shot a 1-over par, 73 on day one of the championship being held at TS&M Woodlawn Golf Club in Estevan. She leads Regina’s Tamara Harasen by three shots.

Lorie Boyle of Moose Jaw rounds out the top three at 6-over par.

The complete results and tee times for round two can be seen here.

The 54-hole championship resumes at 10 a.m. on Wednesday.

The top senior on the men’s side of the draw after round one is Delisle’s Colin Coben(above). The three-time winner of the provincial senior championship was one of two players to shoot under par on day one. Coben shot a 4-under par, 68 in Estevan to cushion himself with a three shot lead over Regina’s Richard Michell.

Two-time reigning champion Rick Hallberg is sitting in third place after an opening round 72.

The results from day one and Wednesday’s tee times can be found here.

The Saskatchewan Mid-Masters (40 and over) is also being played this week in Estevan. Meadow Lake’s Chris Reid has the first round lead in the 54-hole tournament.

Reid is 4-under par after his round on Tuesday, that gave him a three shot lead over Regina’s Ron Swan who shot 71 on day one.

Hallberg is in third place in that division as well sitting at even par.

The Mid-Masters Championship details including the leaderboard and tee times for round two can be seen here.