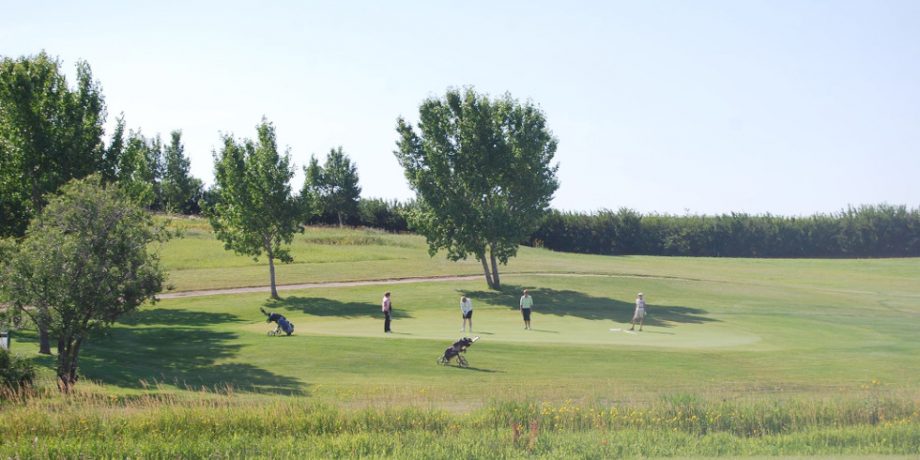 The Rosetown Golf and Country Club is hosting a breast cancer fundraiser on Sunday.

The Rosetown Golf and Country Club will be peppered in pink Sunday for their first annual GOLF fore a CURE tournament.

The initiative is designed to get women involved in golf as well as raise money for the Canadian Cancer Society. Organizer Sue Skinner said the club wanted to expand on their annual ladies’ tournament.  She said breast cancer touches many people’s lives, so the community wanted to give back.

“The rationale for hosting the GOLF fore a CURE event was due to discussions based on the interest shown at the club level. In our discussions it became very clear that breast cancer has had a devastating impact on the lives of women and their families.  We just want to help make a difference,” Skinner said.

Every June the club hosts a fun tournament to bring more women onto the course.  There are other games mixed in with the golf to make the tournament more appealing to golfers of all calibres. Skinner said the club has had great success in past events.

“The tournament has always been about having a day for women and having lots of laughs. We have low gross and low net, most honest team prizes, novelty games on every hole with prizes to be won and everyone attending will take home a prize at the end of the day,” she said.

The organizing committee is encouraging teams to dress up and decorate their carts and clubs. Prizes will be awarded to the teams showing the most spirit. The net winners of the event will be presented with blazers similar to the Masters but theirs are “beautifully decorated and bedazzled” according to Skinner.

The cost is $60 which includes green fees, supper and a beverage. Entrants can acquire pledges ahead of the event but it’s not mandatory. Participants can sign up by calling the clubhouse at 306-882-3001.

Participating clubs have a chance to attend a national GOLF fore a CURE event. Last year, Elkridge Resort was the top money raiser in the province earning a trip to the national event. Elkridge is hosting their event on July 5.