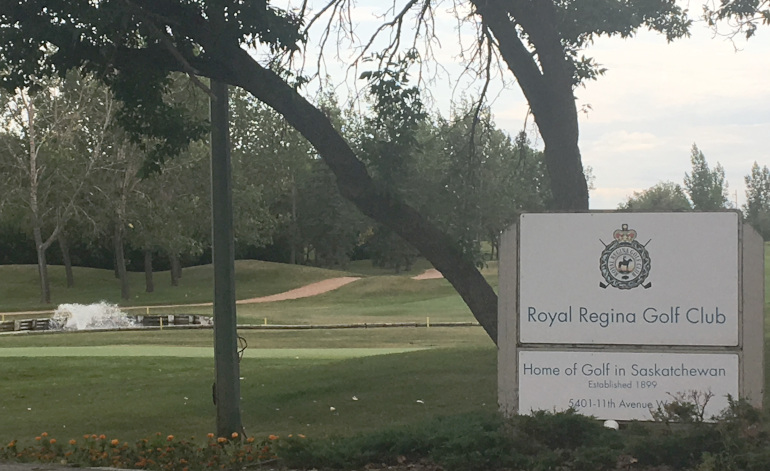 Day one of the provincial senior and mid-master championships have concluded at the Royal Regina Golf Club.

In the 100th Senior Men’s Championship, 2017 winner Ken Rodgers is off to a great start keeping his card bogey free on route to a two-under, 69 on Tuesday. The Tor Hill Golf Course member birdied the second hole and the 12th, he parred every other hole on the course playing at approximately 6,300 yards.

Swift Current’s Brent Wotypka is right on Rodger’s tail, the Elmwood Golf and Country Club player is a stroke back at one-under par. Reigning senior champion Rick Hallberg is tied for third with James Tsakas of Regina. The pair each carded first round scores of plus-two, 73.

There is a logjam for fifth place with six golfers tied at four-over par.

The top four senior men win qualify for the Canadian Senior Men’s Championship as well as the super senior division (65 and over) winner.

Round two gets underway at 7 a.m. on Wednesday.

Saskatoon’s Brad Phelps was the lone mid-master’s competitor to shoot under par during round one.

The Holiday Park Golf Course player stroked an eagle and three birdies during his round to finish with a one-under, 70. He’s two shots up on Regina’s Ryan McNall, he carded a round of one-over, 72.

Three competitors are tied for third at two-over, 73. Hallberg, Tyler Wright, and Paul Wagner are tied looking for the final national mid-amateur spot available through the 40-plus age group event. Scott Allan is in the hunt at three-over.

The mid-master’s leaderboard can be seen here.

Hague’s Tammy Bezaire has the most breathing room among the championship leaders after round one. She is up by four strokes after day one of the 56th Senior Women’s Championship.

Bezaire, who plays out of the Valley Regional Park Golf Course sits at plus-seven. Debra Duncan of Regina is in second place at plus-11. Moose Jaw’s Lorie Boyle and Kim Walker of Regina are tied for third at 12-over par.

Bev Bellerose and Shari Forsythe-Hohm round out the top-five at plus-15. The leaderboard can be seen here.

The top three finishers after Thursday’s championship will qualify for the national senior championship.