Rodgers clings to one stoke lead at Senior, Mid-Master’s Championships 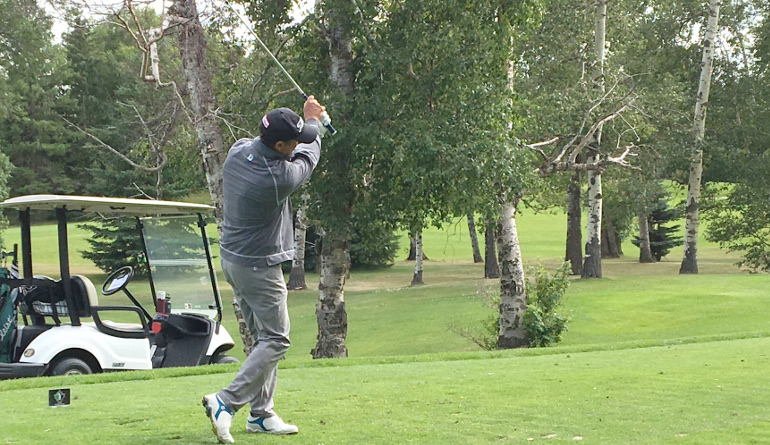 Ken Rodgers still leads the Men's Senior Championship heading into the final round.

Ken Rodgers will take a one stroke lead into the championship round at the 99th Men’s Senior’s and 32nd Mid-Master’s tournaments at Golf Kenosee.

Rodgers, the reigning senior champion, will try to fend off Rick Hallberg and the rest of the field for the senior championship. The 59-year-old Regina product shot a four-over, 76 during round two on Wednesday to hold his one-shot lead over Hallberg. Hallberg, playing on his home course, also fired a 76 during the tournament’s middle round. Saskatoon product Tony Tunas, Keith Silvernagle of Biggar, and Douglas Kozak of Regina are tied for third place, four shots back of the leader.

Rodgers, Hallberg, and Turay are also one, two, three in the Mid-Master’s Championship field. Carlyle’s Jason Mohr is also at plus-9 in a tie with Turay in third place. Ron Swan of Regina and Warman’s Darryl Czuy are tied for fifth place at plus-10.

The championship round begins at 8 a.m. on Thursday. The final groups and leaderboard can be found here.