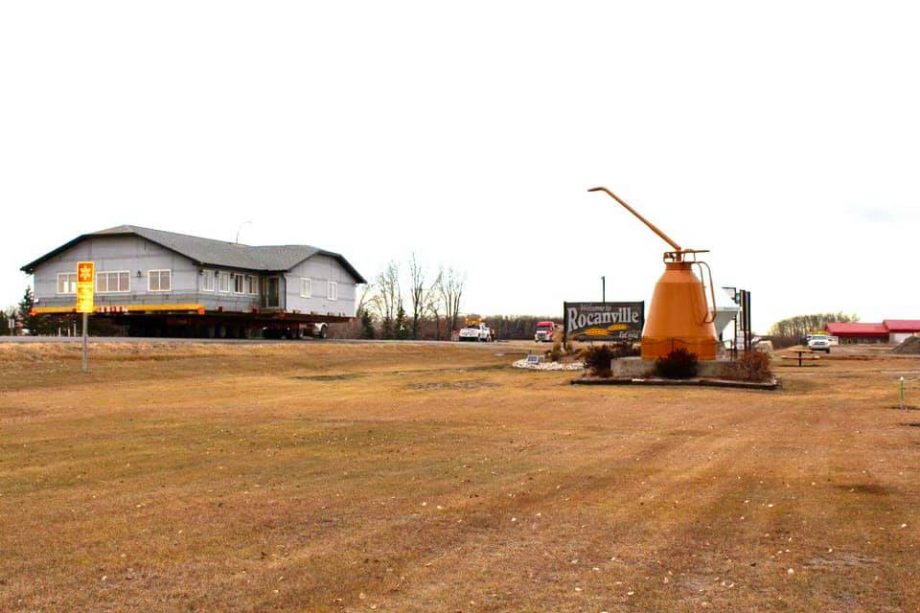 The community of Rocanville and the town’s golf course knew the need for a new clubhouse was critical for their future, but the question remained, how can they proceed?

The current structure is half a century old, has been added on to several times, and only seated about 35 people. The board of directors, and likely volunteers and members have been saving and discussing a replacement for the last few years. Long time Rocanville resident Denise Kruppi is the club’s secretary. She told Golf Saskatchewan that the clubhouse provided countless memories over the last 50 years but it’s at the end of its time.

“The doors wouldn’t close properly, the floors felt like you were going to fall through, they were squishy, rotten from moisture damage underneath, the kitchen was horrendous, makeshift wiring to allow us to have power even in the kitchen,” she said. “It was well used; it served its purpose in the time being but we’re definitely well overdue for a new clubhouse for sure.”

The group discussed building new on site, modular options, ready-to-move options as well and everything was out of their range. Then Kruppi was on her way to Tobin Lake to do some fishing when her family passed through Archerwill. She spotted a for sale sign in front of a building that housed a restaurant. She did some research on the internet and was shocked at the “ridiculous” [in a positive way] and, on the way, home she stopped to investigate the property with her not-so-sure daughter.

“My daughter was in the vehicle with me, and she said, ‘oh mom as if this is ever going to work out,’” Kruppi laughed. “I peaked in the window and looked at the layout, I thought oh my god, the layout was perfect. The windows are facing out to the course and could go up number one and the door out to the parking lot.”

A couple weeks later Kruppi returned to the property with another Rocanville resident with a long construction background. The two looked at the building with the realtor and the decision was made quickly to tee up the purchase.

“He said you need to jump on this because its well-built, nothing was spared in the construction, everything is top-notch,” Kruppi beamed.

The golf club inquired about financing options about a year ago, but the timing didn’t line up but with another successful year on the course everything fell into place. The building is also in place at the course after a team moved it next to the “largest oilcan in the world.” Kruppi said the board will look at having the new building open all year if the community shows interest in that, but they would like to be respectful of other restaurants in the town and region. There has also been interest in possibly hosting weddings or other events. Kruppi said now that the building has arrived and been laid on the foundation its real and the excitement is evident.

“Absolutely it is, everybody knew we needed one so being able to bring the building in, yes it’s about 10 years old but it was only in operation for four. Inside its almost like brand new. The outside needs some work but it’s wired for stucco so we will get that done. It’s going to be a beautiful building on site for sure,” she said.

The club is still taking donations for costs associated with the purchase and move. A tax receipt will be provided if you donate through the Town of Rocanville.

Kruppi said plans include a wraparound deck and once the old clubhouse is demolished and cleaned up, they would like to add a putting green in the area. She concluded that finding the building and having support from all stakeholders down to the building movers everything fell into place.

“It’s a diamond in the rough, literally stumbled upon it, its magical how it worked out. It literally couldn’t have worked better; the golf gods were watching over us.”