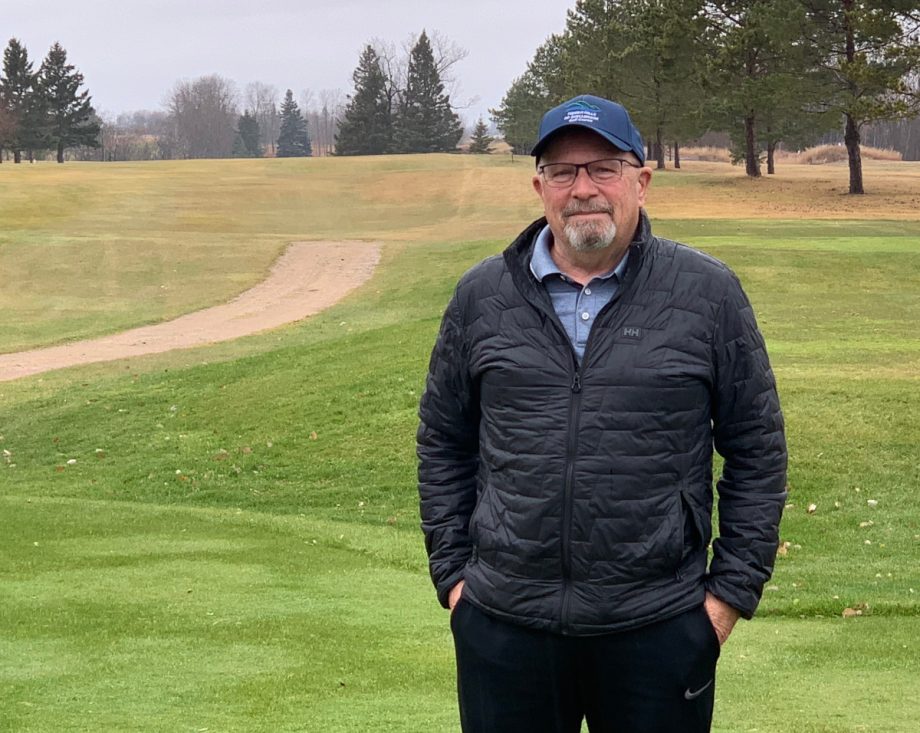 After 14 years, Larry Ritchie is retiring from the GM position at Hidden Hills of Shellbrook.
Clark Stork

For the second time in his life, Larry Ritchie is retiring.

After taking the position of general manager at Shellbrook’s Hidden Hills Golf Course, the former SaskTel employee is passing the torch at the golf club.

Ritchie was born and raised in Shellbrook and remembers playing at the course as young as 10-years-old. When Ritchie was 20 years old he got involved with the board at the club, was on and off the executive and held the term of president a couple of times. After retiring from SaskTel Ritchie had planned to stay busy with some consulting work for the crown corporation, but the manager of Hidden Hills quit right before the season. Ritchie said he’d manage the club for “one year” to help them in a bind. That was 14 years ago and he’s finally stepping away.

Ritchie pointed to the installation of the irrigation system at the course and the lengthening of several holes that helped transform the nine-hole facility into a top club in a community of its size. Ritchie said more work is being down as the volunteers and board continue to work extremely hard.

“The green on seven is going to be about twice the size it is now plus we are changing the layout, it’s going to be more level and a much more playable hole. We’re also going to be dredging out the creek and making our water supply area much bigger. Right from the bridge on number eight over to the pumphouse on number two, it’s going to be deeper and wider,” Ritchie explained.

The upgrades, not just in Ritchie’s 14 years on staff but his entire life at the club have been the backbone of their success. Ritchie said the board of volunteers has always been supportive of growth and transformation to stay viable.

“The board of directors has been great to me; they’ve always been receptive of ideas I had or others had. It was never a matter of pinching pennies, if they saw there was a need to do something we just did it, I’ve been pretty lucky to work with people like that” he added.

Ritchie also highlighted the partnerships developed between the club and local First Nation communities including Stugeon Lake and Mistawasis and their increased presence taking up the game of golf.

Ritchie said he won’t be leaving the community and be around Hidden Hills, he said he’s looking forward to playing more golf again including the Senior Northern in Prince Albert and the Senior Lobstick at Waskesiu. His wife enjoys the game as well played in the 2019 Rosebowl that Shellbrook hosted. Ritchie admitted he is a big fan of Waskesiu and Cooke Municipal Golf Course, but his heart will always be hidden in the hills of his hometown course.

“It gives me a lot of pride every time I play it and I see the way the course is, it’s not a cookie cutter course, every hole is individual. I think we’ve been trying to make as many changes and make things better as much as we could. I’m pretty pleased the way it all turned out,” Ritchie concluded.

Leonard Stener has taken over the position at the golf club.