Reinhart reflects on career at Elmwood 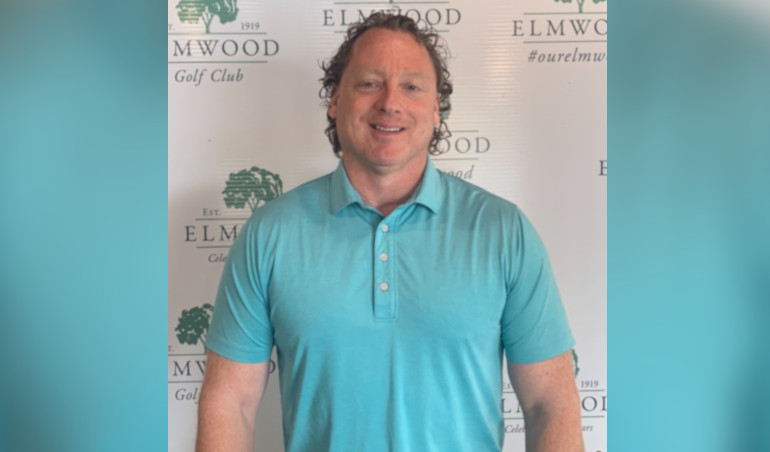 Sheldon Reinhart is moving on after a two-decade career at Elmwood Golf Club.

It’s the end of an era at Elmwood Golf Club in Swift Current. Long-time General Manager Sheldon Reinhart has moved on from the position after a career that originally started when the now 46-year-old was just 14.

Reinhart got his start in the golf industry after his cousin Dwight Reinhart who worked at the course called him with an offer to pick the range, wash clubs, and conduct other back shop duties. With his first paycheque Reinhart purchased a set of clubs and has been involved in the sport ever since. He continued to work at Elmwood through high school before junior hockey took him to Saskatoon, Yorkton, Billings, and Kimberly, B.C. Reinhart had scholarship offers to play hockey, but he wanted to become a golf professional, so he attended Lethbridge College. Following his schooling, Reinhart went to work in Kimberly at Trickle Creek under former Elmwood professional Kevin May. He spent three years there before a year at Riverside. He went on to get his commerce degree at the University of Saskatchewan. Once that was completed Reinhart started at Elmwood and was there until late 2020, a career that spanned over two decades in Swift Current.

“Without a doubt, the four years of renovations and changing the golf course,” Reinhart told Golf Saskatchewan when asked about the highlight of his time at the southwest Saskatchewan course. “We did $2.6 million in renovations, to go from running a golf course to having a massive renovation project thrown on your lap was a tough thing, but it was exciting. I’m very excited with the results and I’m glad our members can play a new course and greens for the next 25 to 30 years.”

Elmwood is a premiere course in Saskatchewan, it also shares the spotlight with the Chinook Golf Course. Reinhart, who hails from Moose Jaw but has called Swift Current home since his early school days said having two marquee courses in a city of just over 16,000 is something to be proud of.

“I don’t know of a place in western Canada that has two beautiful golf courses like we have. We are so lucky to have these courses. Talking to people that come from Winnipeg or Calgary, all over the place, if we could pick up Elmwood Golf Club and plant it in the city of Calgary for example it would be extraordinary. People can’t believe how lucky we are to have the elevation changes and everything here in Swift Current on the prairies,” he said.

Reinhart is still weighing his future career options but said he would like to use his commerce background and venture into the banking industry.

Elmwood has announced that Mike McEvay will take over the general manager duties at Elmwood beginning on March 1.