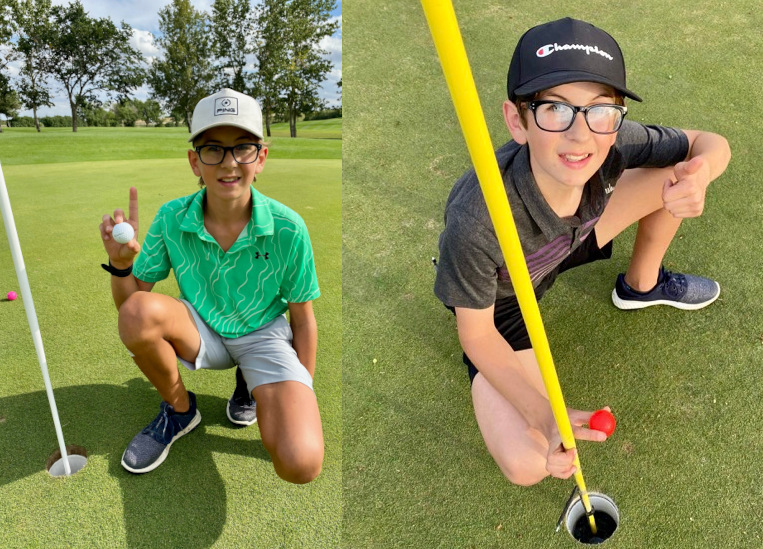 Regina's Carter Schmidt is now a two-time member of the hole in one club.
Clark Stork

It was quite the summer to remember for 12-year-old Regina golfer Carter Schmidt.

Schmidt started playing golf when he was younger the same most do, going to the course with their parents and hitting a few shots here and there. He said the fact each day brings a different game is a big reason he likes the sport.

“I like that its all on me and that everyday is a new day,” he told Golf Saskatchewan recently.

A couple years ago Schmidt, who plays at the Wascana Country Club and Sherwood Forest near Regina, entered his first tournament at Sherwood. This year he played a couple junior events in Regina and Swift Current. What he also accomplished was not one, but two hole-in-ones. The first came back on May 18 at Wascana on the 98-yard, par-3, 11th hole.

“From the angle I couldn’t see the hole, I hit it well and said that might be in! My friend ran up to the hole and said, yes, it is in,” Schmidt explained.

His second ace was recorded on Aug. 21 at Sherwood on hole one. A par three, that was playing at 128 yards.

“I used an eight iron, as soon as it went in, I almost lost grip of my club,” Schmidt beamed.

Schmidt plans to keep playing competitive golf as he gets older but he’s also very fond of hockey too. Until he chooses which sport to play, he will compete in both. For now, he knows that he got fortunate this summer for the shots, the odds are 12,000 to one to record a pair of aces in a lifetime.

“It’s pretty hard, its just the luck of the game,” he said.