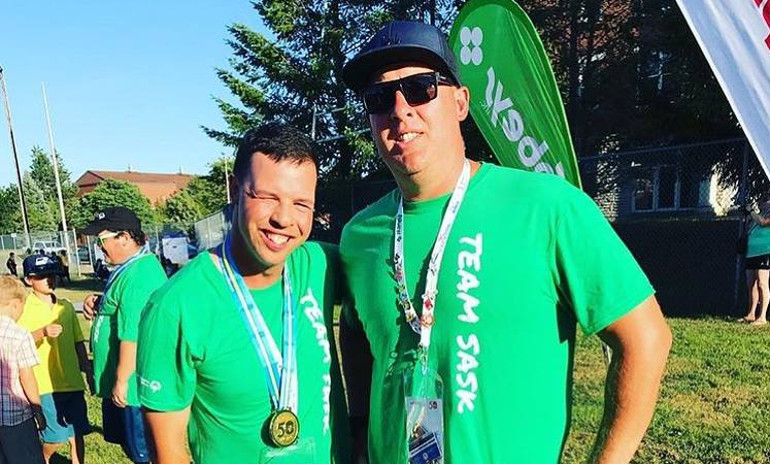 The 25-year-old won his division, the top field according to Special Olympics Saskatchewan, at the recent Special Olympics 2018 Summer Games at the Antigonish Golf and Country Club on Aug. 3. Carter qualified for the event by winning a tournament in Moose Jaw last year. He also won first place in a Special Olympics event in Nipawin recently. Carter said winning the gold medal in Nova Scotia was the most special.

“It was a lot of fun, that one did feel the best,” he told Golf Saskatchewan.

Carter lives with Williams syndrome. It’s a genetic condition present at birth, approximately 10,000 people are affected every year. The condition didn’t deter Carter from taking up the game at the age of four. He said his dad took him to Regent Park par three in Regina with plastic clubs. Shortly after he was given his first set.

At the Games, the golfers played three nine-hole rounds. Carter finished with a score of 154, an average of just over 51 per round. He said having his brother, Tyler as his caddy made the experience extra memorable.

“Having my brother helped me stay focused and calm,” he said. “He encouraged me when I wasn’t doing that great. My family is proud, really proud.”

Carter has been involved with the Special Olympic golf program for three years. He has several years of competitive golf left. He said he would like to coach younger golfers in the future. Carter said he’s thankful to be able to play a sport he admires.

“I feel very fortunate to play and compete in a sport I love. I have a lot of support from family and friends and I’m very lucky,” he said.

Carter was just one of a pair of golfers that competed at the Games. Prince Albert’s Trevor Fendelet was the other Saskatchewan golfer. He placed 32nd overall. Team Sask. was coached by La Ronge’s Lindsay Randall.

Overall Saskatchewan sent over 60 athletes to the Summer Games.