Regina couple combine over a century on the course 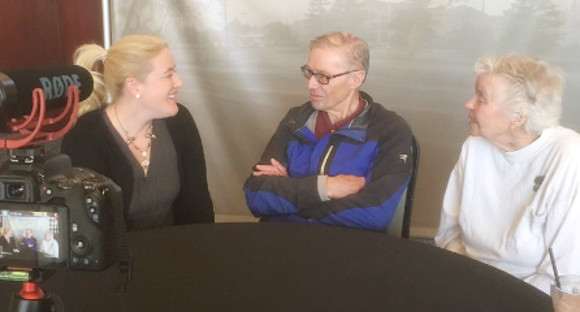 Royal Regina Golf Club (RRGC) members Don and Joan Nevill have shared a lifetime of memories and happiness for over a century in the Queen City.

This season marks the 60th consecutive year Don has been a RRGC member, for Joan she is on year 50. The couple says they still play three rounds a week. They got married in 1959, the first year Don purchased a membership. Joan spent the first ten years raising their three children. She then joined in 1969. Don said the RRGC has always been accommodating.

“It has a great atmosphere and it was good for families. It allowed us to play together,” he told RRGC marketing manager Sarah Cooke in a recent interview.

The Nevill’s had both a daughter and son become junior champions at the course. Joan said when the kids were young she’d drop them off at the course and they’d play 54 holes per day in the summer. She said enjoying their time at the RRGC as a family is special.

“We used to go in the family events they held, oh my gosh we had a wonderful time playing in those,” she beamed.

Don, 82, amazingly still walks the course carrying his bag when he plays. He said staying active is an important part of playing the game.

“I have to something more out of it, it’s worked well,” he said.

Joan said they like to bring guests to the club. Special events such as the Mother’s and Father’s Day brunches are annual get-togethers for them and their family. She said she appreciates the time her and Don can still share on the historic course.

“It’s something we can still do together,” she said.