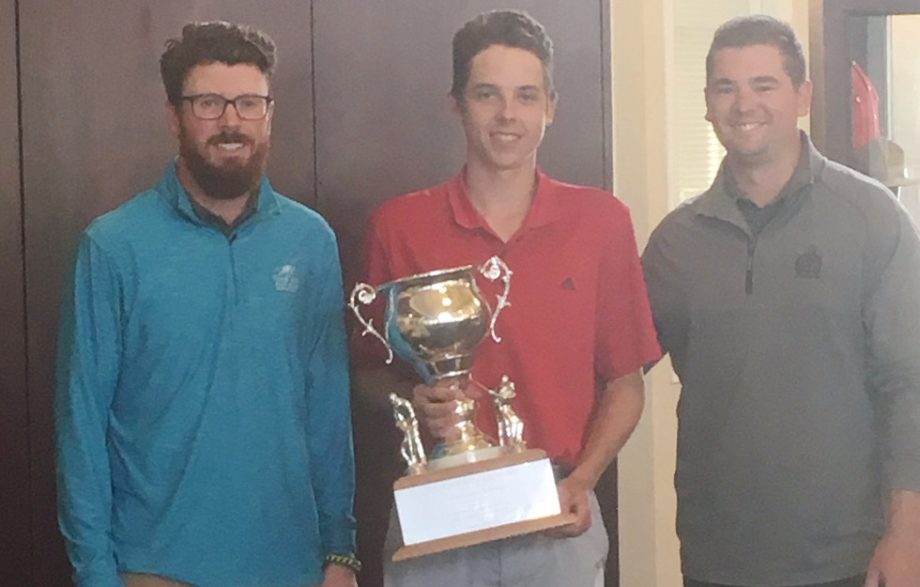 The Regina City Junior tournament played on the weekend featured three age groups, two of the divisions needed an extra hole to decide a winner in the tightly contested 36-hole event.

In the under-18 category, Jacob Kydd outlasted last year’s winner Cole Obrigewitsch to take the victory. Each finished with a gross score of 158 but Kydd’s par on the playoff hole sealed the win, his second in three years at the event.

The under-16 group also needed a playoff hole, Adam Husli (pictured above) drained a birdie putt to edge Adam Kydd for the title. Each golfer finished the 36 holes with a tied gross score of 164. Husli battled back from a six-stroke deficit after round one to secure the win. The two also finished 1-2 in the Regina High School Athletics Association golf championships as well last week.

The under-14 division featured the most participants with 11 golfers. Will Blake (pictured above) was a seven-stroke winner over Davin Bourassa.

The golfers played various tees based on their age group, to be eligible for the tournament championship the golfers had to play from the member tees at the Murray Municipal Golf on day one. The tournament moved to the Royal Regina Golf Club on Sunday.

The tournament is now part of the Order of Merit system, so the players collect standings points by participating. With the victory, Kydd will now be eligible to participate in next season’s Regina City Amateur championship.