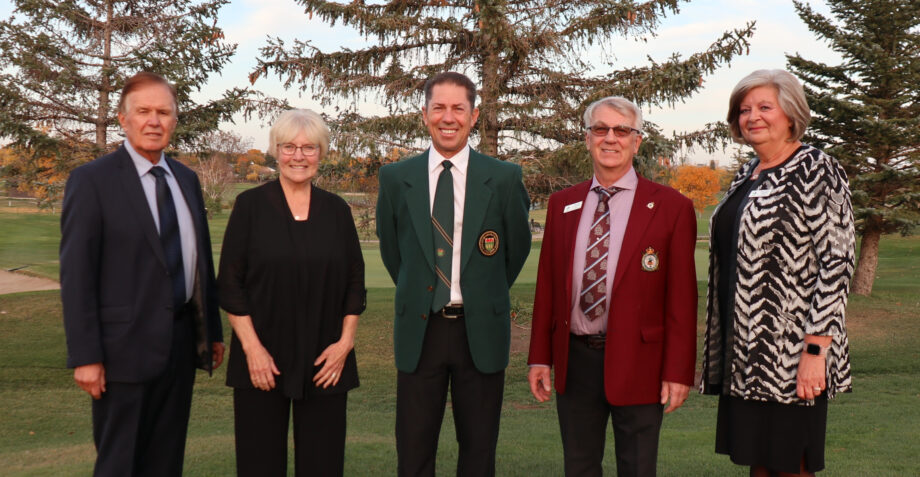 On Oct. 1 at the Royal Regina Golf Club, four contributors to the sport in the province were honoured and inducted into the Saskatchewan Golf Hall of Fame.

After a couple years of postponements, the 2020 and 2021 classes are now being inducted with a pair of banquets. In Regina Melodie Lawrek, Bruce Klaassen, Ken Rodgers, and Lindsay Bernakevitch were officially inducted.

Klaassen is a long time Royal Regina Superintendent that his since retired from the position. He said being enshrined into the Hall of Fame was unassuming during his induction.

“I am so humbled, and so thankful to Saskatchewan golf, this isn’t something I ever aspired for but I am just humbled,” Klaassen said.

Bernakevitch couldn’t attend the gala, he is currently the head golf professional at the Victoria Golf Club. His father Wayne Bernakevitch accepted the honour on his son’s behalf. The elder Bernakevitch shared some of Lindsay’s words on the importance of staying close to your roots.

“Golf has given me the chance to travel the whole world, but I have never met folks as warm, sincere, and hospitable as they are in Saskatchewan. I very much still consider Saskatchewan home, I say I live in Victoria, but I am from Saskatchewan. I want to thank all the inductees, and this is something I will always cherish,” Bernakevitch said.

Just over 50 people attended the gala at the Royal Regina. On Oct. 22 four more inductees will be honoured including Brad Birnie, Pat Buglass, Brad Phelps, and Blaine Fagnou.

Tickets for the second gala at Riverside Country Club are available here.

For more details on the Saskatchewan Golf Hall of Fame including the nomination process and the inductees click here.