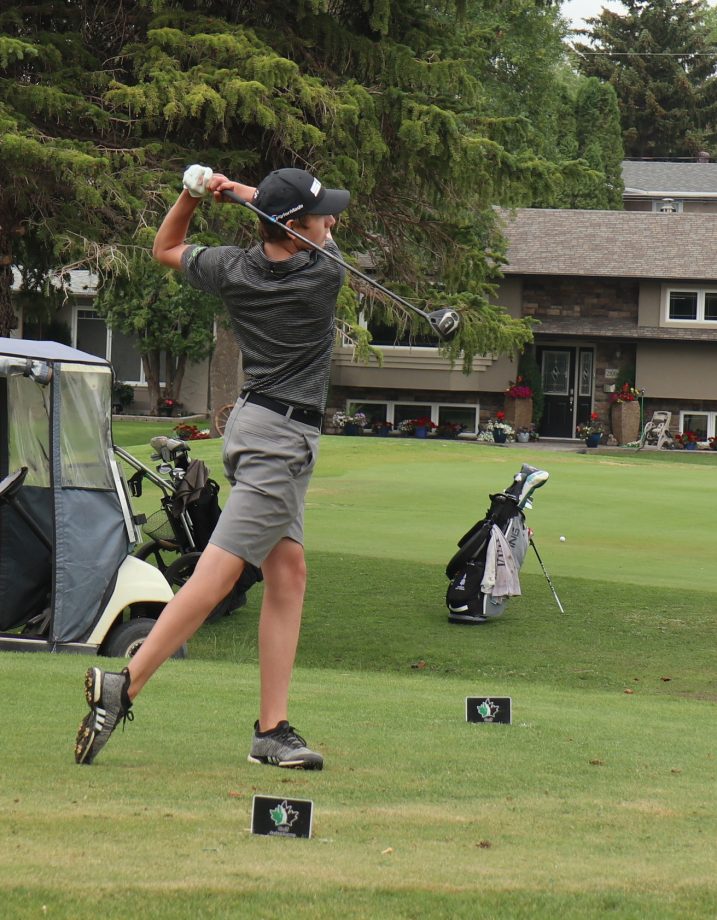 Max Regier, at just 15 years old finished in a tie for 10th at the Amateur Championship.
Clark Stork

Saskatoon’s Max Regier has come a long way from the sand greens of Pike Lake Golf Course where the 15-year-old first picked up the sport. He has found himself winning tournaments and posting scores alongside Saskatchewan’s best amateur players.

Regier’s grandparents have a cottage near the course in the provincial park southeast of Saskatoon so that’s where he first played the game. Regier enjoyed playing golf so he moved onto a more structured junior program at Wildwood Golf Course and eventually over to Saskatoon Golf and Country Club (SGCC) where he works during the summer months. Regier competed in his first tournament on the Maple Leaf Junior Tour (MJT) halfway through the 2018 season and he hasn’t looked back.

“I have always been pretty competitive when it comes to sports, I always wanted to get better,” he said to Golf Saskatchewan when asked about beginning on the Order of Merit Tour (OMT). “With golf there is never a limit, you can always keep pushing yourself and getting better. It’s just fun to be with your friends, to be outside, doing something I love.”

Back in 2019 when Golf Saskatchewan held the provincial amateur championships at SGCC a then 13-year-old Regier got his first taste of top-notch amateur golf. He has wanted to play in the event ever since. Last week he entered his first Amateur Men’s Championship and did much more than show up in Swift Current at the Elmwood Golf Club. Regier opened the championship with a 78 but rebounded with a sparkling 67 on day two. The Willows Golf and Country Club member carded a 72 during the third round that left him well below the cut line. He finished with a 71 on the final day to leave himself I a tie for 10th place. He said all his goals were met last week.

“My main goal was to make the cut,” he explained. “I knew it would be tough, but it worked out in the end. I played pretty well.”

His round of 67 on Wednesday is a career best. He said he remained focused and made the right shots when he had to.

“I started off pretty solid, just making putts and getting up and down when I needed to. I think it was around the 11th and 12th holes I made some really good pars that got me settled in and comfortable and ready to make some birdies. After the par on 13 I had a lot of good chances at making birdies. Pretty perfect in the last five holes, making the putts, hitting the shots I needed to. It is pretty awesome,” Regier said.

The Saskatchewan Junior Men’s Championship starts Tuesday at Moose Jaw’s Hillcrest Golf Club. Regier enters the 54-hole tournament as the reigning under-15 champion. He will now compete in the under-17 age group but has his eyes set on the overall win.

“Of course, I’d like to win again and play as well as I can and hopefully win again. I think if I have a really good week I have a chance of getting up there for sure if I play like I did last week,” he added.

Regier said the sport has become his passion and he hopes to use golf to help get an education and has his sights set on a professional career.

You can hear more from Regier below in his interview with Golf Saskatchewan’s Clark Stork.