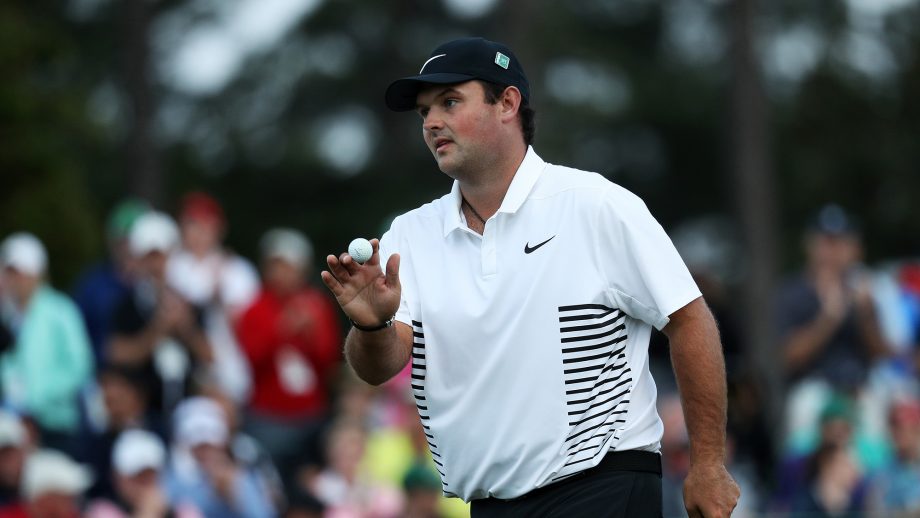 AUGUSTA, GA - APRIL 06: Patrick Reed of the United States waves on the 18th green during the second round of the 2018 Masters Tournament at Augusta National Golf Club on April 6, 2018 in Augusta, Georgia. (Photo by Patrick Smith/Getty Images)
Brian Lee

AUGUSTA, Ga. – The Masters is living up to its hype with some of the biggest names and hottest games in contention going into the weekend.

Except for two guys who generated so much of the buzz.

Tiger Woods hit another shot into Rae’s Creek, didn’t make a birdie until the 13th hole and wound up with a 3-over 75, leaving him 13 shots behind Patrick Reed. Woods was more concerned with sticking around for the weekend than chasing a green jacket.

Phil Mickelson matched his worst score ever at Augusta National with a 79 to make the cut on the number, leaving him 14 shots behind.

Even without them, the show is just getting started.

Reed, who has never seriously contended on a big stage outside of the Ryder Cup, had birdies on half of the holes he played Friday. That was more than enough to atone for the few times he got out of position, and his 6-under 66 put him atop the leaderboard for the first time in a major.

“I kept myself out of trouble and allowed my putter to do the work,” Reed said.

He was two shots ahead of Marc Leishman, who boldly took on a high risk when he hooked a hooded 5-iron around the trees and barely over the water on the par-5 15th to about 6 feet for an eagle.

Henrik Stenson (70) was four shots behind. Rory McIlroy (71) is off to his best 36-hole start in seven years and is looking as poised as ever to capture the fourth leg of the career Grand Slam. Jordan Spieth lost his two-shot lead on the first hole and was on the verge of getting left behind until he made a key par putt to close out the front nine with a 40, and then salvaged a 74 to join McIlroy just five shots behind.

Looming was Dustin Johnson, the No. 1 player in the world, who made a 45-foot par putt on the 16th to atone for several birdie putts in the 10-foot range he missed. Johnson had a 68 and was six shots behind, along with PGA champion Justin Thomas, who had a 67.

Eleven of the 17 players still under par at the halfway point can be found among the top 20 in the world.

Reed, who led Augusta State to a pair of NCAA titles, opened with a 25-foot birdie putt and zoomed into the lead after two more short birdie putts. He ran off three straight birdies again at the end of the front nine, holing a 15-foot birdie at No. 9 to stretch his lead.

He is the only player in the field to make birdie on every par 5 both rounds.

“The par 5s are huge around here to be able to pick up ground on,” Reed said. “You’re not going to shoot a low score if you don’t.”

For everyone else, it was about jockeying for position.

Spieth was happy to be near the top after the way he started – a tee shot into the trees on the right and a three putts for a double bogey, and then a drive to the left and three more putts for a bogey. Just like that he was behind, and it kept getting worse. He made bogey from the middle of the fairway on No. 7. He three-putted from long range on the par-5 eighth. And he was headed for a 41 on the front nine until he made a 10-foot par putt.

“I’m still in this golf tournament,” Spieth said. “With the way the back nine was playing today, the wheels could have come off there. But I made some nice par saves and was able to grind out some phenomenal second-shot iron shots and good two-putt birdies.”

Mickelson won the Mexico Championship last month, and at age 47 and with three green jackets, there was talk he could become the oldest Masters champion. Those hopes faded when he bounced around in the trees at No. 9 and made triple bogey and hit into Rae’s Creek on No. 12 for a double bogey.

He bogeyed his final hole for a 79, the second time in three years he posted that number.

Woods made bogey on the opening hole with a sand wedge from the fairway. He really came undone when his second shot to the fifth bounded over the green and into a grove of magnolia trees. He took a penalty drop to clear room through the branches, put that in the bunker and made double bogey.

Very little went right except for a pair of birdies on the par 5s on the back nine. Looking at the white leaderboards only made him feel worse. The cut is for the top 50 and ties and anyone within 10 shots of the lead. Woods kept seeing Reed make birdies, and he knew he was well outside the 10 shots.

No one has ever rallied from more than eight shots behind after 36 holes to win the Masters.

“I’m going to have to shoot a special weekend and I need help,” Woods said. “I’m not in control of my own destiny.”

Leishman seized on his moment with the best shot of the day. His tee shot on the 15th was too far left, leaving trees between him and the flag. Instead of laying up from 210 yards, he closed with the face of a 5-iron, aimed toward the right bunker and tried to hook it some 30 yards.

The ball narrowly cleared the mound at the front of the green, caught the slope and settled 6 feet away for an eagle.

“We’re not here to lay up,” Leishman said. “It’s a major. You’re going to have to take some chances at some point during the week if you want to win, and that was a time where I thought I had to take a chance. I’ve been hitting that shot well on the range and I thought it was a prime opportunity to give it a test. And it came off.