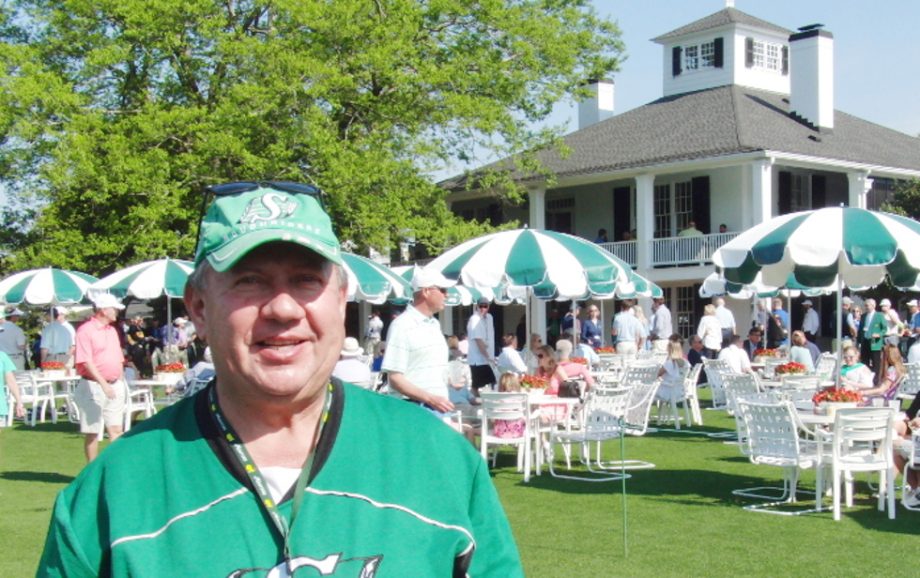 Travelling the world for work isn’t for everybody, but for Yorkton’s David Kirstuik the opportunity has allowed him to experience golf at its finest across the globe.

The Deer Park Golf Course member became a fan of golf in the late 1990’s while he worked in Toronto. His career took him overseas to the South of France where his love for the sport flourished. Kirstuik’s job called for him to work on weekends but he took “full advantage” of the La Grande Motte Golf Club during days off. Admittedly Kirstuik became a better fan than player. He said attending an event in Beijing in 2005 was the start of something special.

“The first professional golf tournament I attended was the Volkswagen Masters China on the Asian Tour,” he said. “I was living in Beijing at the time and a golfing friend gave me a free ticket, Retief Goosen won.”

Since then the now retired Kirstuik has attended the HSBC WGC Shanghai, RBC Canadian Opens at Shaugnessy, Royal Montreal, Hamilton Golf and Country Club, and Glen Abby on three occasions. He’s seen The Farmers Insurance Open at Torrey Pines, The Arnold Palmer Invitational at Bay Hill, The Open at St Andrews, The Shaw Charity Classic in Calgary, The Ryder Cup at Medinah, The Honda LPGA in Thailand, and The Masters five different times. He said the trips allow him to stay in touch with people across the world.

“My work took me all over the world, so I made friends in many countries.  I try to combine attending golf tournaments with visiting friends and other tourism,” Kirstuik said.

During a recent trip to The Masters, Kirstuik wore a Saskatchewan Roughriders hat and was serenaded with “green is the colour, football is the game” from a trio of lady golf fans. Kirstuik said wearing Rider green is a fast way to make friends.

“You meet a lot of Canadians all over the world when you wear your Rider green,” he said.

Kirstuik doesn’t have a favourite event to attend but The Masters at Augusta, Georgia and The Open at St. Andrews do stand out. Kirstuik has had the chance to play some remarkable championship courses as well including Torrey Pines, Bay Hill, and Siam Country Club Old Course. He said he’s a “high handicapper” so playing these courses makes you appreciate how good the professionals are.

“These courses are very difficult even from the front tees where I play from and make you appreciate how good the pros are playing from the tips. Occasionally, you see them shank or four putt and realize that they are human too,” Kirstuik said.

Golfing at the Old Course, which will host the 150th Open in 2021 is on Kirstuik’s bucket list. He’s scheduled to play St. Andrews in August of next year. The next professional event he’s attending is the CP Women’s Open at Wascana Golf and Country Club in Regina. He will be a volunteer scorer during the tournament. He said the LPGA tour stop in Regina is a fantastic chance for people to take in a top-notch tournament.

“This is a great opportunity for Saskatchewan golfers to see some great golf. Anyone who has not attended an event should take advantage of this event,” he said.