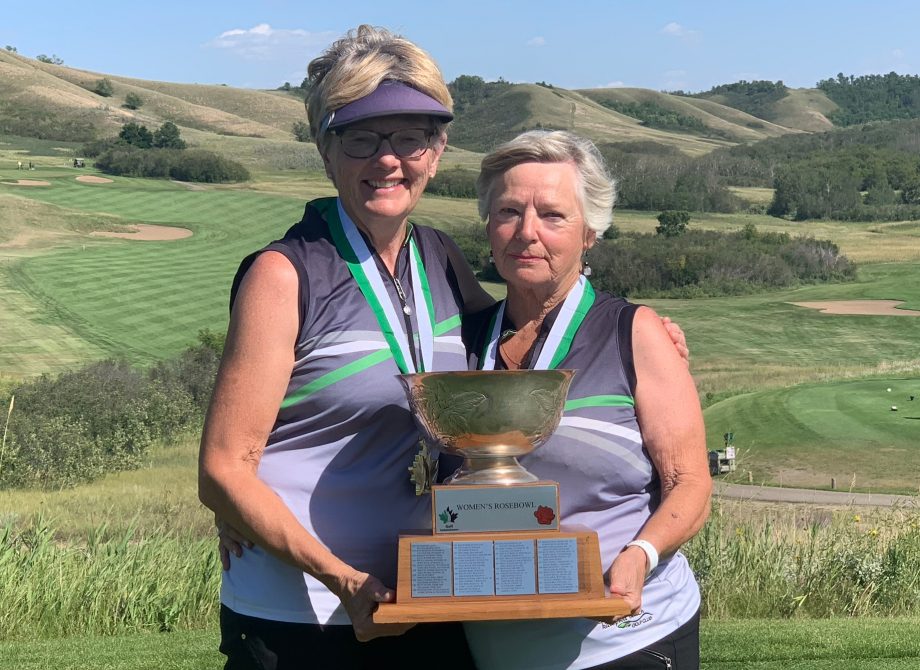 A pair of Katepwa Beach Golf Club members are the 50th Rosebowl winners on their home course.

Carol Walsh and Pat Pratt won the two-player team event on Friday in Katepwa with a score of 5-under, 139. For Pratt, one of the host committee leads, said gathering for a celebration of the women’s event was more important than the win.

“It was fantastic but none of this happens without the competitors,” Pratt said during awards presentation. “This is quite emotional actually, I want to thank all the golfers, you guys make the Rosebowl. You have to keep coming back, we need these recreational golfers in tournaments.”

Walsh said having such a monumental year of the event at her home course made her feel proud of what the club does daily.

“I am really, really proud to be from Katepwa. One person in Katepwa doesn’t do great things but many people do small things in a great way. We are so lucky here, what an honour to host everybody, meet new people, we hope they come back again,” Walsh added during the presentation.

There was a playoff for second place, Katepwa Beach members Toni Norton and Marlene Bennett won the playoff hole over Linda Reakes and Anita Ford, both teams were tied at 3-under, 141.