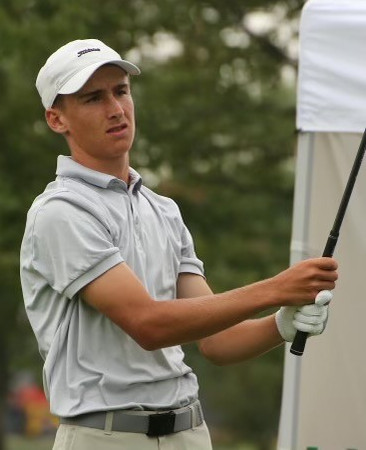 To say that this season has been a whirlwind for Saskatoon’s Chase Pochylko is an understatement, especially the month of July.

“My goals for the year were to get to the junior nationals and that was accomplished,” he said. “I wasn’t really thinking about the Canadian Am, that came as a surprise. Definitely a bucket list item.”

Pochylko played well at the amateur, just missing the cut by a stroke. He shot back-to-back rounds of 74 at the Ambassador Golf Club in Windsor, Ontario. He said showing well at the championship was good for his confidence, and experience.

“I was really happy that I could actually compete at that level. Obviously, I wasn’t anywhere near the top of the leaderboard, but I just made my own way out there,” Pochylko said.

He had higher expectations for his trip to the Montreal area for the junior championships at Vallée du Richelieu – Le Club. Pochylko made the cut and ended the 72-hole championship in a tie for 69th place at 24-over par. He said the week in Quebec was positive.

“The was a really good experience competing against the top of the top juniors in the country. To get that experience and play a different course. It was much different than what we normally play in Saskatchewan in tournaments. It was a great experience to play at that level,” he added.

Overall, the stretch of events took Pochylko from Swift Current to Mosse Jaw to southern Ontario and Quebec. He said the summer was quite chaotic at some points.

“My mom was out there with me the whole time, she kind of kept me in one piece, kept me controlled out there” he admitted. “She kept me fed, it was really good.”

With a successful year under his belt, and another year of junior eligibility Pochylko has high expectations for next season. He wants to win the junior provincials as well as the amateur title. He knows those are lofty goals but feels this season will build him towards that type of success.

Pochylko currently leads the Junior Men’s Order of Merit standings with the last event this weekend in Warman. He’s not in the field for the Maple Leaf Junior Tour tournament. He expects to play at the MJT National Championship in Surrey, British Columbia in October.

You can hear more from Pochylko below in his discussion with Golf Saskatchewan’s Clark Stork.