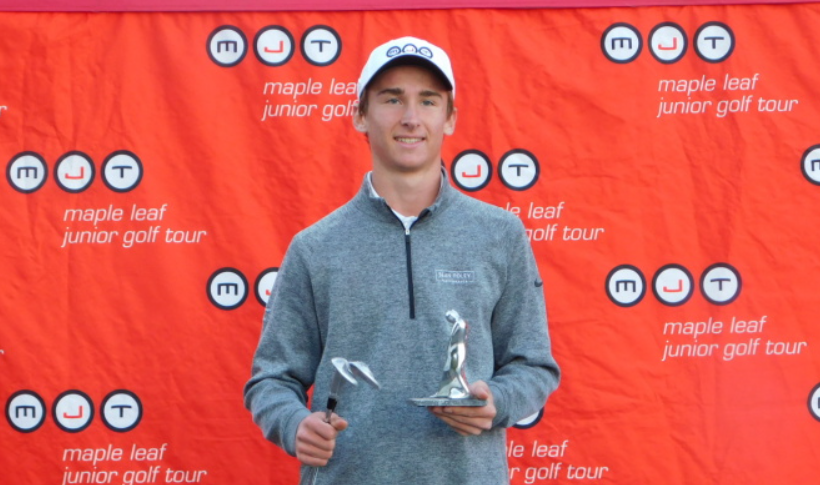 The 17-year-old won the junior boys division over the Thanksgiving weekend at Morgan Creek Golf Course with a three-round score of 213. The Saskatoon product said he had expectations of bringing home a championship, but nothing was assured.

“I knew I could perform with all those guys from my performances the rest of the summer,” he said. “I was feeling really good with my swing that. I expected to finish in the top five at least but a win wasn’t guaranteed.”

Pochylko shot 77 during the opening round not putting himself in a great position to win the age group (he finished second overall in players from the maximum yardage) but he had a special day during round two shooting a stealthy 66. He said everything fell into place on moving day.

“My game was really good that day. I was hitting a lot of greens, I missed two greens all day and one of those was on the fringe. I was able to save par when I missed the green and the putts were dropping,” he said.

Pochylko went on to shoot 70 in the final day winning his age group by five strokes. Going into the final round with the lead, he said he leaned on other Saskatchewan champions for advice during similar situations this year in Saskatchewan based events.

Jayden Dudas was the last Saskatchewan boy to win an age group at the national event. Dudas won the bantam age division in 2016. In 2015 Roman Timmerman and Kade Johnson each won their age brackets as well. Pochylko said being named among that group is great to hear.

“It feels great to win at that level. This is really my first big win as a junior,” he said.

Although he hasn’t been officially informed regarding an exemption into the IMG Junior World Florida Challenge in December in Florida, Pochylko said the potential of competing at that event is exciting.

“Yeah, it would be sweet. I don’t really know too much comes with that but I know it would be great,” he concluded.