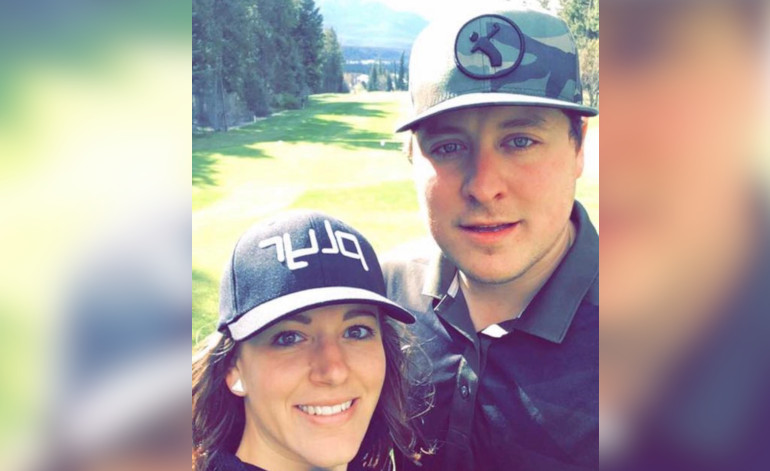 Chase Porter has been golfing in Saskatoon most of his life and met Travis Jenkins through junior events, the two are still close. More on that connection later.

While working at The Willows Golf Club in the Bridge City, Porter and a co-worker thought the golf world needed a more casual look, especially away from the course, from the idea PLYR Golf was developed in 2015. A small line of t-shirts, hoodies, and hats to tee the line off. Five years later Porter said the initial support in Saskatchewan has allowed PLYR to spread nationwide.

“Two years in I probably would have thought we’d be bigger than we are today, if that makes sense,” he explained to Golf Saskatchewan. “Now you see how much work goes in behind the scenes, it’s a lot of work. We’re in about 75 courses across Canada. We went 10 courses in year one, 25 in year two, 50 in year three, you just think you’re going to keep doubling every year, maybe it’s realistic but it didn’t work out that way for us. I’m really happy with where we are at right now, local support in Saskatchewan is awesome.”

The brand is seen across courses in the province worn by mainly amateur players. Local golfers that play in college in the United States showcase PLYR when they aren’t suited up in school colours for tournaments. Symetra Tour player Anna Young is arguably Porter’s most famous advertiser. Young sported a PLYR hat for a week at the CP Women’s Open in Regina in August of 2018, Porter said his goal is to get more professionals wearing their logo. Overall the future is bright for his growing market.

“I do have to keep busy and make money other ways, but this is more than fulltime right now. I definitely work more hours than I should, but it is my passion. I see it for the foreseeable future being my career. I have some exciting stuff coming up and I’m excited,” Porter said.

One of the newest lines is the ‘Aly Jenkins Collection.’

As mentioned, Porter played more golf with Travis who is the younger brother of Scott Jenkins. Aly was Scott’s wife who tragically passed away in October of 2019 while giving birth to the couple’s third child. Aly was an avid golfer and competitive curler on the Sherry Anderson team. Porter said he couldn’t be happier that Scott approached him to help raise some money for a cause close to their hearts and keep Aly’s legacy thriving.

“It was 100 percent Scott’s idea, I am very glad he approached me with this, I’m happy to support his family anyway I can,” he said. “It is a terrible tragedy that did shock the golf world and especially the curling world. I knew Scott way better than I knew Aly, but every time I saw Aly at the course she was wearing a PLYR hat. When Scott did approach me about coming out with some items and it was a no-brainer.”

Aly; “a great mother and friend”

Scott met Aly playing junior golf in Saskatchewan. He said she had a “personality that stayed with a person forever.”

That was evident following her tragic passing. Support poured in for Scott and their three children including a tribute at the Scotties Tournament of Hearts in Moose Jaw.

“The Scotties in Moose Jaw and Curling Canada put on an amazing tribute for Aly and our family and treated all of us amazing,” he said. “That week was full of every emotion possible a person could feel. Had lots of laughs mixed in with lots of tears. Everyone at the event were so sincere and shared so many kind words with our family.”

Jenkins was chipping around ideas of how to keep Aly’s memory alive three months after her passing. He said he looked back on a photo of Aly in the hospital while giving birth to their second child. She was wearing a PLYR had and “a lightbulb” went off. He began conversing with Porter about creating the clothing line and in about a week the first order was placed. The stock was gone in days.

All the proceeds from the sale of the line that for now includes women’s and men’s golf shirts, a hat, hoody, and t-shirt are being directed to The Sandra Schmirler Foundation. Jenkins said the cause is very close to their hearts.

“What the Neonatal Intensive Care Unit (NICU) did to save Sydney’s life was truly remarkable, everyone in that hospital are miracle workers,” Jenkins said. “The machines in the NICU are incredible and seeing them work first hand blew me away. Sydney had no brain function and her lungs were not working and for her to leave Jim Pattison Children’s Hospital in nine days perfectly healthy speaks to the kind of work everyone there does. I got the chance to meet Sandra’s kids and husband at the Scotties and they are truly remarkable people. I couldn’t think of a better foundation to support as they are saving lives daily with the machines there are buying for the hospitals.”

Both Jenkins and Porter have ideas to expand the line to casual curling wear as well. They hope to release that in the fall. You can order from the current line up to April 30. More items will be released in October.

Jenkins said he’s still overwhelmed by the support shown not only in Saskatchewan, but across the globe.

“I really want to thank everyone across the world for the kind messages and support to our family. I have been blown by the curling community, fans, and media for wrapping our family up and giving us so much love and helping in anyway possible. I am still receiving books and gift cards and letters for the kids in the mail from families I have never met. I wish there was a way I could thank each one of you individually,” he added.