Playoffs and national events drawing near for college golfers 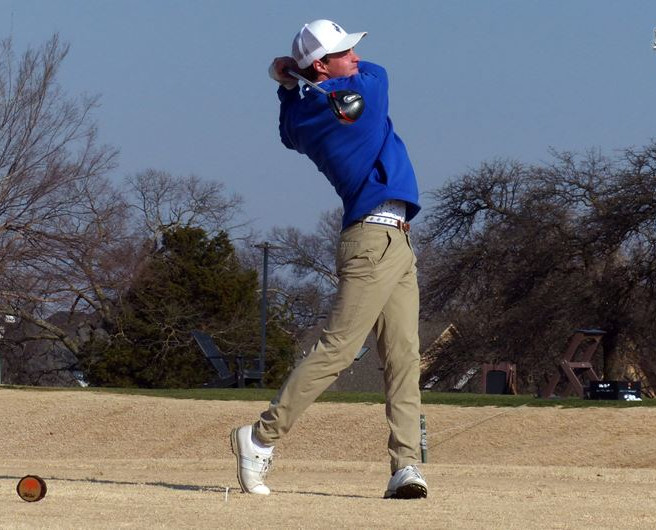 Roman Timmerman picked up another top-10 finish this week with the Southern Arkansas University (SAU) Muleriders golf team. Competing in the Great American Conference Championships in Hot Springs, Arkansas, the Saskatoon product shot rounds of 78, 69, and 73 for a 54-hole total of 220, tying him for ninth place.

The Muleriders team was sixth in the school competition.

During the conference championships Timmerman was named a GAC second team performer, the third All-GAC recognition of his collegiate career.

The University of Arkansas at Monticello Weevils were also in action at the GAC Championships including Chase Gedak of Estevan and TJ Baker of Prince Albert. Gedak placed all alone in 20th position with a three-round score of 224 (77,77,70). Baker was one spot back in a tie for 21st at 9-over par, 225. Baker carded a 78 in round one, 76 in the second round and 71 during the final round on Tuesday.

The Weevils placed seventh in the team competition, just behind SAU.

Regina’s Jacob Kydd was back in action this week, the senior at Indiana Wesleyan University was in Noblesville, Indiana for the Sagamore Shootout at the Sagamore Golf Club. Kydd posted rounds of 83 and 88 for a 36-hole score of 27-over par, 171. Kydd finished in a tie for 35th.

Kydd was competing for the Wildcats ‘B’ team, they placed seventh. Indiana Wesleyan’s ‘A’ team was third.

Next up is the Ackerman-Allen Shootout in West Lafayette, Indiana on April 25 and 26.

Fellow Regina golfer Alex Schmidt competed in a weather shortened event in Salem, Oregon this week alongside her Lewis-Clark State Warrior teammates. Playing in the Corban Invitational at Creekside Golf Club. Schmidt, in her final college season shot 17-over par, 89 and tied for 25th.

The team tied for fourth. Their next tournament is the Cascade Conference Championships in Klamath Falls, Oregon on April 25 and 26.

Robert Morris University men’s golf team was in Hellertown, Pennsylvania last weekend for the Abarta Collegiate Invitational. Saskatoon’s Josh Nagy tied with two of his Colonial teammates tied for 16th at 3-over par, 147 in the 36-hole event at the Steel Club. Nagy shot 76 and 71 during the tournament that saw 15 players tied at 147.

Robert Morris tied for sixth as team in a deep field consisting of 20 universities. Next up for the Colonials is the Wright State Invitational in Springboro, Ohio on April 18 and 19.

Caden Loepky’s season with Waldorf University continued April 9 and 10 with a 36-hole event in Fort Dodge, Iowa. Loeppky shots rounds of 83 and 84 at the Ford Didge Country Club leaving him in a tie for 42nd at 25-over par.

Loeppky’s team finished the Iowa Central Spring Invite in sixth place out of nine schools. Next up for the Warriors is the NSAA Championships on April 26 and 26.

Prince Albert’s Cole Jenkins had an event washed out by weather on April 8 in Ames, Iowa but the Southeast Community College Storm men’s golf team was in Lincoln, Nebraska this week for the Howl at the Hill Spring Shootout at the Hillcrest Country Club.

Jenkins shot 81 during round one and 82 in the second round of the tournament. His 19over par, 163 left him in a tie for 19th place. The team was second overall in the four-school event.

Next on the Storm’s docket is the Northeast CC Spring Invitational in Norfolk, Nebraska on April 18.