Paying tribute to the 75th anniversary of D-Day 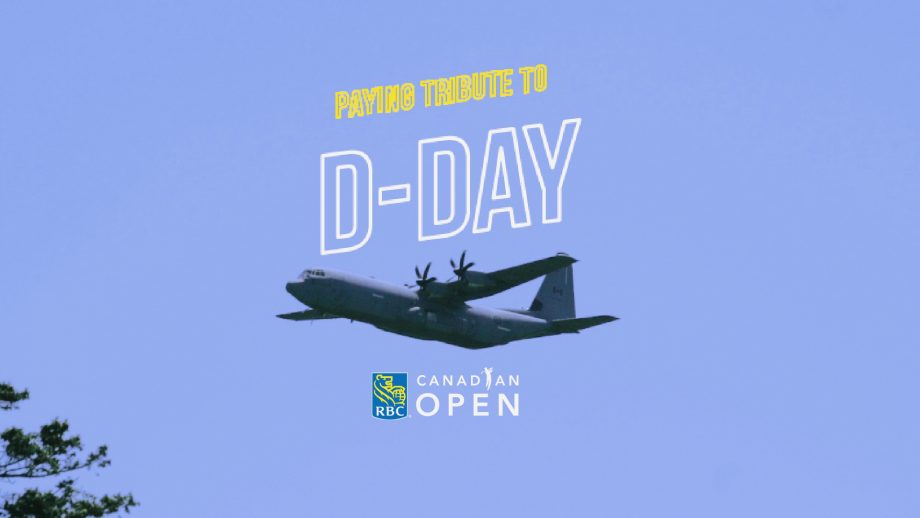 June 6, 1944 is remembered as a historic day and one of the most important dates of the Second World War. Considered the turning point in the Allied victory in World War II, nearly 150,000 troops including 14,000 Canadians landed or parachuted in Normandy off the coast of France. On Thursday, June 6th, the RBC Canadian Open will pay tribute to the 75th anniversary of D-Day with a 6:30am opening ceremony at the 10th tee War Memorial. The HMCS Star Navy Band and Colour Guard will perform the national anthems and a bugler will also perform just before the first group tees off. At 12:10pm, the Canadian Warplane Heritage Museum will perform a WWII ceremonial fly over including a Lancaster Bomber, Dakota Paratroop Plane and B25 bomber—all three of which served as part of D-Day. As a thank you for their service, all active duty and veteran members of the Canadian Armed Forces will receive FREE admission on Thursday and discounted admission throughout the week.