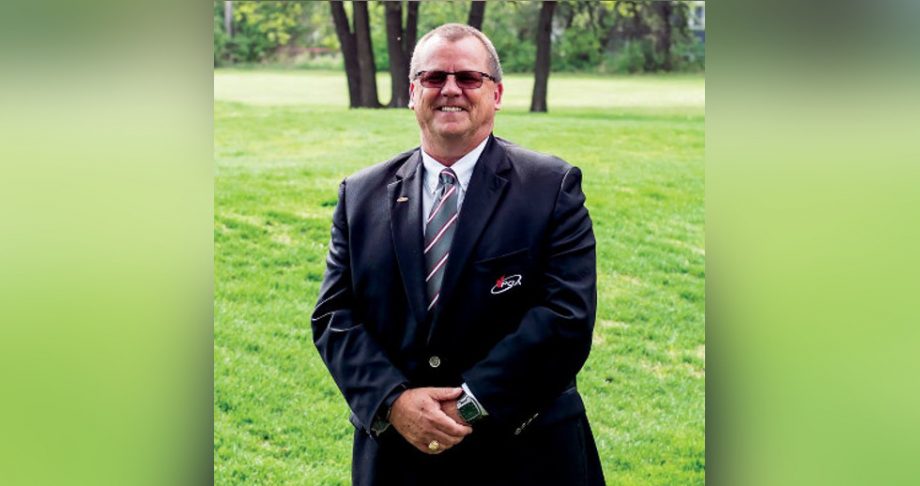 Mark Patterson is reflecting on his first year as PGA of Canada President.

Harbor Golf Club and Resort head professional Mark Patterson is taking his golf expertise to the top of the national stage.

Patterson, who calls Elbow, Sask. home, was recently named the president of PGA of Canada after two years of being the vice-president of the organization. He said the appointment is very enticing.

“I’m very excited to be the 47th president of the PGA of Canada,” Patterson said while attending meetings this week in Ottawa. “We have a great staff, extremely smart, energetic, enthusiastic, people that think outside the box. To be a part of that is top drawer for me.”

Patterson began his golf career in 1985, he received his class A certificate in 1989. His career started in Estevan, he has worked at courses in Shaunavon, Emerald Park, Wakaw Lake and his current position in Elbow at the Harbor. He started helping on boards with a position on the PGA of Saskatchewan group before joining the national executives in 2010. Patterson says revamping the education portion of the PGA of Canada’s mandate is something he’s looking forward to.

“Other PGA’s look at us as leaders in the education department, they were so thrilled with the process and education we have. Now they are saying you are changing it? Well we’re making it better,” he said.

Patterson’s term is two-years meaning his tenure will expire in 2020. He said he hopes to leave a legacy on the PGA of Canada.

“The people we have staff wise, on the board, our leader, Chief Executive Officer Kevin Thistle, just fantastic people all working for the same passion. In 2020 when I’m done I am hoping I leave the Association with a perfect vision,” he said.

Patterson takes over for Steve Wood of Winnipeg.