Pat Buglass – Welcome to the Hall 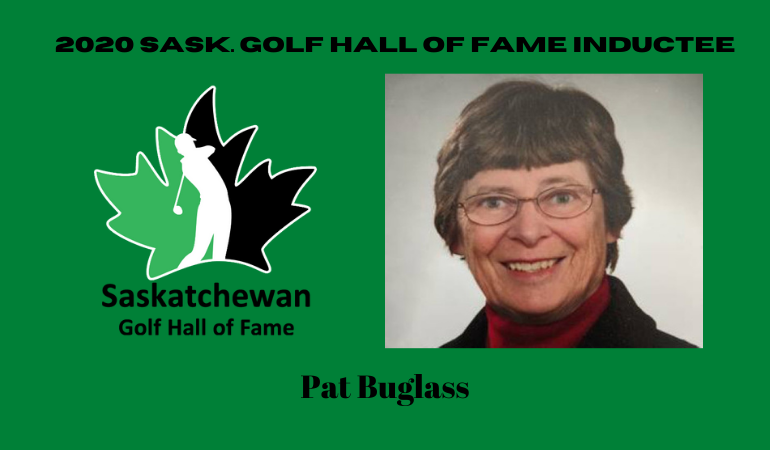 Pat Buglass started volunteering in the mid 1970’s and now her time has earned her a seat in the Saskatchewan Golf Hall of Fame.

“I grew up with the idea that if you took part in something you contributed back to it,” Buglass told Golf Saskatchewan. “It was the family tradition; you didn’t let others be the ones to organize and do everything.”

Buglass went on to become the president of the Saskatchewan Branch of the Canadian Ladies’ Golf Association in 1998. She was in the role during the amalgamation of the men’s and women’s provincial golf associations. She was also heavily involved in many Saskatoon city championships and national events. She then got involved with course rating and contributed many hours towards clubs across Saskatchewan.

“About 1992 when the course rating changed to the slope system I took the course and I started volunteering. I enjoyed that because of the fact you got to go out to different golf courses across the province and work with some wonderful people,” she said.

Buglass is also a long-time rules official. She attended her first clinic in 1997 and is still a fixture at provincial events.

“What it means is people appreciate the volunteer work that goes into making these golf tournaments and organizations viable. You are part of a larger society and they recognize people who do these jobs without any expectations of being honoured or rewarded in any way,” she said.

You can view Buglass’ bio here. You can hear more from Buglass in her interview with Golf Saskatchewan’s Clark Stork below.