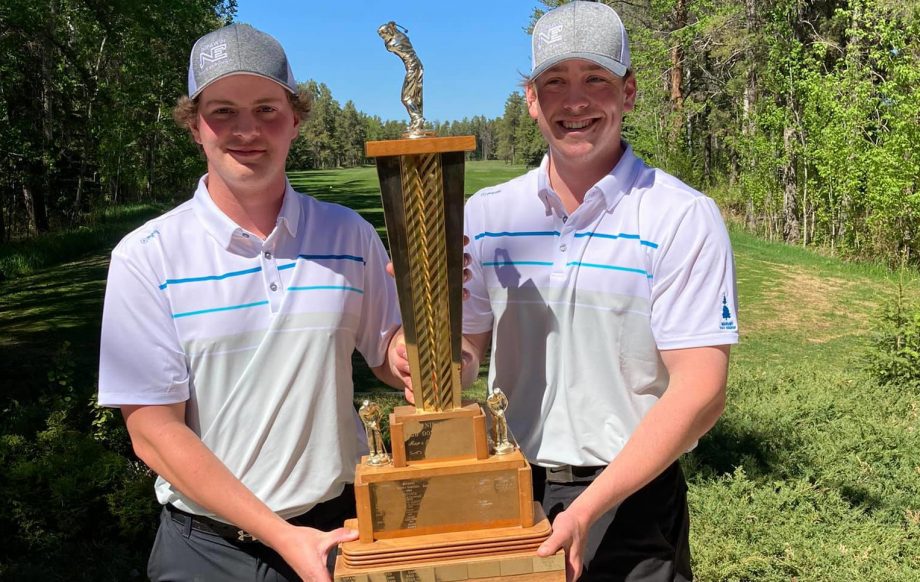 The first Saskatchewan Order of Merit Tour (OMT) is underway with others waiting on the tee box.

Over the weekend the Legends 2 Person Scramble took place in Warman opening the 2021 Men’s OMT schedule. The winning team was local Darryl Czuy and Valley Regional Park General Manager Conner McGill with a score of 124 over the two rounds. Czuy will collect half the OMT points available to the winning team. McGill is a PGA of Saskatchewan member; his points will not be tallied.

Coming in second, just two shots back were Scott and Travis Jenkins at 126, in third place in the championship flight was the team of Kendall Nicolas and Dan Olynyk at 130.

The full results are below.

Next up on the Men’s OMT schedule is the highly anticipated return of the Scotia Wealth Open in Nipawin. Eighty-four of the province’s top amateurs and professionals will make up the field. The event begins with the practice round on Friday. A champion will be crowned on Sunday. Regina’s Pat Marcia is the defending champion last winning in 2019, the tournament was cancelled in 2020 due to COVID-19.

The Women’s 2021 OMT schedule gets underway this upcoming weekend in Prince Albert with the Ladies’ Northern at Cooke Municipal Golf Course. The 36-hole tournament begins at 9:30 a.m. Saturday with over 60 players registered. The tournament wasn’t played last year, in 2019 Kim Brown took the championship with Sherry Anderson winning the senior category.

The junior’s have to wait a little longer before their OMT schedule kicks off. A postponement of their opening Maple Leaf Junior Tour (MJT) and the cancelation of the NextGen Prairie Championship means the under-19 group will wait until June 26 and 27 at Elmwood in Swift Current for another scheduled MJT event.

The Senior Men’s OMT schedule will not wait that long, their first event is the Senior Men’s Lobstick in Waskesiu from June 8 to 10. Warren Gnam is the defending champion, Keith Silvernagle took last year’s super senior trophy.

Although not an OMT event, the Bob Dow Memorial took place in Nipawin at the Evergreen this past weekend.

TJ Baker and Garet Comfort just held off their fathers in the two-man team event. The winning pair shot 175, the team of Tyler Baker and Graham Comfort were just a stroke behind at 176. Connor Tuffs and Connor Tate placed third at 178.