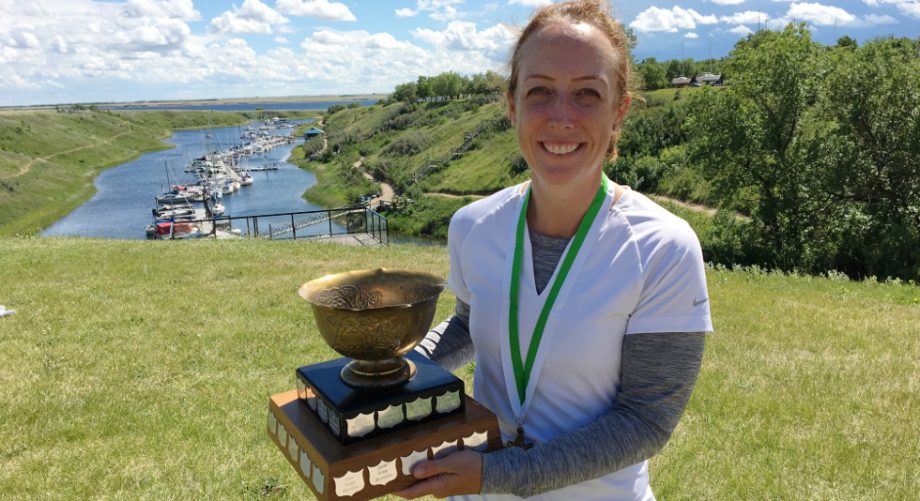 Golf Saskatchewan has crowned their women’s champions for 2018.

Saskatoon’s Carla Odnokon and Lloydminster’s Jo-Anne Schiller are the Women’s Amateur and Senior Women’s champions following tournament wins this weekend at the Harbor Golf Club and Resort at Elbow.

Odnokon led wire to wire over the 54-hole event finishing at plus-15, five strokes ahead of both Chloe Sies and Brooke Hill. She also has the Saskatoon Ladies’ Open under her belt this season. Odnokon said her game is going well right now.

“Yeah, sure,” Odnokon said. “It’s getting better so we will see how it develops going to nationals.”

Odnokon played the women’s Canadian championship two years ago. She said the event will be an exceptional experience.

“I hear the Marine Drive Golf Club in Vancouver is a great course, I haven’t been to Vancouver for awhile so I will go out there and enjoy it. There is a great crew to go with so I’m going to enjoy it,” she said.

Fresh off a national appearance last year, Lloydminster’s Jo-Anne Schiller is heading back.

Schiller completed back-to-back titles in the Senior Women’s Championship Sunday outlasting Moose Jaw’s Lorie Boyle in a two hole playoff to eek out a second straight championship. Schiller said the win feels great, especially after the weather featured 50 kilometre per hour wind in the final round.

“I’m feeling really good right now, it was a difficult day but with Lorie it was just back and forth. It was a great competition,” she said.

Aside from secured trips to national events, Order of Merit (OMT) standings were on the line, Odnokon leads the race at 1,500.  Ann Kirkland, who placed fourth at the tournament is in second in the overall standings.

The Regina Ladies’ Open is the next event on the OMT schedule on July 16 and 17.