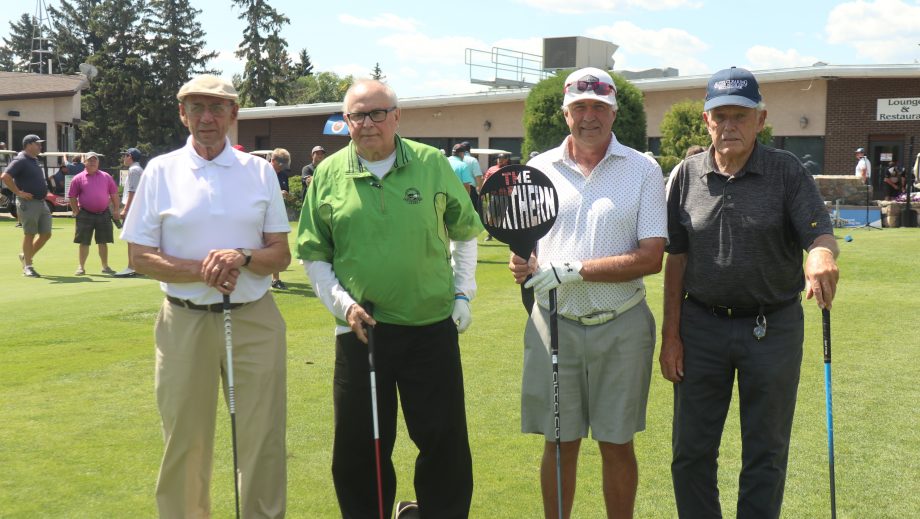 It was a “special” afternoon in Prince Albert at Cooke Municipal Golf Course Friday ahead of the 100th Northern.

As the storied match-play tournament gets underway Saturday the host committee held a champions luncheon to celebrate the past winners of the event that has run consecutively for a century. Martin Ring, a winner of the tournament himself emceed the celebration. He said gathering as many champions as possible under one roof for a celebration was a memorable moment.

“It’s been a great afternoon, a great afternoon of memories,” he said. “A lot of this is history that I watched unfold as a young kid. I used to come out here and watch the Northern and now I get to play in it. I as well am a past champion, but I know a lot of the guys have really appreciated the opportunity to come together. It’s a lot of history, our oldest winner goes back to 1962 that’s here today.”

Pete Lukoni was the oldest champion in attendance. Several other multi-time winners were honoured including Jim Scissons, Ron Stewart, Colin Coben, among many others. Ring added that the number of championships crammed into the tearoom at the club was extraordinary.

“Looking at the list, you start looking at who is inducted in the Saskatchewan Golf Hall of Fame and then all the respected municipalities that they come from, it is pretty special. It is really special times, it’s the who’s who of the golf scene in Saskatchewan,” Ring said.

Lifelong Prince Albert resident and six-time Northern winner Ron Stewart is preparing for competition again this weekend. He said on Friday he was getting antsy waiting for the 100th edition.

“I have been really keyed up the last couple days, I want this thing to start.” he said. “There is a lot of build up to it and everybody is talking about it. I just want it to get going.”

As for the luncheon and celebration Stewart said being in that mixed company highlights what the club has done for the last century.

“It’s such an honour to be here, it’s so great to see people I haven’t seen for the longest time, hear all the history, all the speeches, reminiscing about everything, it’s just wonderful,” he added.

The Northern began Saturday morning at the course.