No Mulligan needed for past president 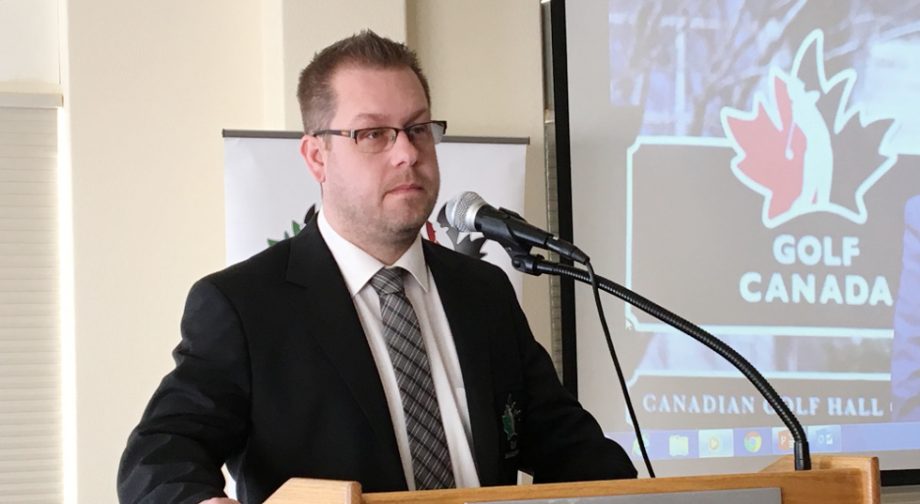 Kyle Mulligan concluded a two-year term as the Golf Saskatchewan president on Saturday.

“Golf Saskatchewan is in good hands,” according to past president Kyle Mulligan.

The Royal Regina Golf Club general manager concluded a two-year term as the Golf Saskatchewan board leader Saturday at the organization’s annual general meeting in Saskatoon. Mulligan said the sport has given him many experiences and fortunes and serving on the board was a way to give back to the game.

“Being an operator of a club and being a golf professional, I thought it was important for me to see the other side,” he said after the meeting. “I wanted to understand what was happening at the amateur level and with Golf Canada.”

The revamping of Golf Saskatchewan’s staffing level was a highlight for Mulligan. He said the provincial golf body has led the nation on a pair of objectives that Mulligan is also proud of.

“The involvement of the high-performance team was very big for me being a golf professional. The involvement that we had in being a leader across the country with the membership structure change and bringing in the gold benefit package for our clubs was vital,” he said.

“He’s a good rules official and a very passionate member of the golf community in the province. He’s done some great things provincially and I know he’s excited to tackle what’s going to happen nationally. He’s a strong-willed guy, he’s going to do a great job,” Mulligan said.