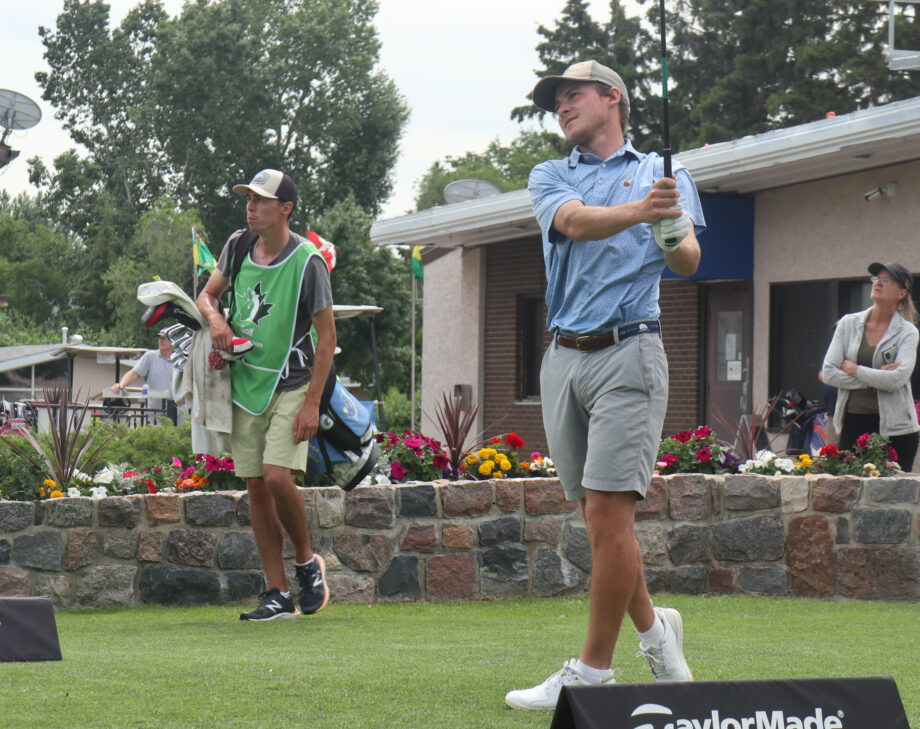 There is a new leader in all three Saskatchewan amateur events taking place this week at Cooke Municipal Golf Course in Prince Albert.

In the Amateur Women’s Championship first round leader Sarah Grieve is still in front, but the Saskatoon golfer has company. Shell Lake’s Brooklin Fry shaved 10 strokes off her opening round 86 to vault up the leaderboard and tie Grieve at 20-over par, 162 with the round of the day at 76. Grieve carded an 82 to go with her first round score of 80 on Tuesday.

The pair will be joined by Emily Cornwall of Calgary in the final group on Wednesday, she is tied for third with Regina’s Autumn Neiszner at 24-over par.

Fry is seeking a second amateur championship. Grieve is chasing her first.

In the Saskatchewan Mid-Amateur Men’s Championship three-time defending champion Danny Klughart will try and win his fourth straight championship and join Garth Collings as the only player to win the 25-and-over championship on four occasions.

Playing on his home course Klughart shot a 2-under 69 in the second round leaving him four strokes clear of Saskatoon’s Shaun Dunphy going into the championship round on Thursday at Cooke Municipal Golf Course.

First round leader of both the mid-amateur and amateur, Brett Henry of Prince Albert shot 76 on Tuesday, he falls to 2-over par and sits tied with Dunphy for second.

Moose Jaw’s Chris Knoop is fourth at 3-over par, while Lloydminster’s Jim Born is sitting in fifth and seeking another trip to the national mid-amateur championship.

In the amateur event, that will be 72 holes and conclude Friday is led by the defending champion, Roman Timmerman. The Saskatoon product has posted back-to-back rounds of 69 to sit at 4-under par halfway through the tournament.

Timmerman is two shots up on Klughart and Prince Albert’s Cole Jenkins. Jenkins shot an even round of 71 on Wednesday after a 69 Tuesday in round one.

Saskatoon’s Alex Swinnerton was the only other golfer under par on the day, the Waskesiu Golf Club member is even through 36 holes.

Dunphy and Henry are tied for fifth.

The results from those championships can be found here.

Thursday’s tee times begin at 7 a.m., the final group including Klughart, Dunphy, and Henry will start at 2:50 p.m.