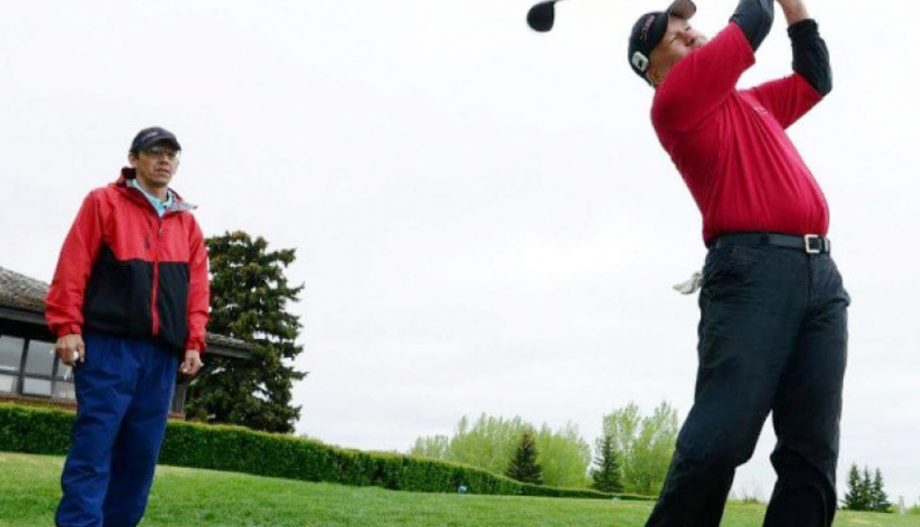 Saskatoon’s Gerry Nelson has made the most of a terrible situation.

Diagnosed with Diabetes at the age of six, the disease took his eyesight when he was 25-years-old. Shortly after becoming blind, Nelson was taken to the driving range by Dick Aiken. After hitting a bucket of balls, Nelson admitted he was hooked on the game. He said the reality of losing his eyesight wasn’t unexpected, but golf did provide some relief.

“It was a huge boost of therapy initially,” Nelson said. “When I realized this was the closest thing I could do to something I did as a sighted person, golf continued to be therapy, but I became very passionate.”

Nelson worked on his game for an entire year before he started participating in competitive tournaments. He started in Western Canada placing second in his first competitive event. He went on to win numerous provincial blind golfing titles along the way. Nelson is currently preparing for his third World Blind Golf Championship in Rome, Italy. Previously he has placed fifth and third at the event. He’s currently ranked fifth in the world.

The game of golf has allowed Nelson to travel to Japan on four occasions, he’s been to the United Kingdom six times, he’s travelled to Scotland for events and various destinations across North America. He said dealing with a health scare or traumatic event doesn’t have to take over your life.

“If someone thinks their life is bad, seniors with macular degeneration or kids, anyone in between, you can still play this game,” he said. “Get a golf club and a pair of eyes to guide you, that’s all it takes.”

A GoFundMe page has been set up to help raise funds for Nelson and his guide, Chris Villeneuve to represent Canada in Rome in September. The pair is on the hook for all the expenses associated with competing at the event. Prior to travelling to Italy, Nelson will take part in the Western Canadian Blind Golf Championships as well as the Canadian Open in Truro, Nova Scotia this summer. Overall, Nelson said having the right mindset allows success at any level of any discipline.

“Hang in there, don’t quit, no matter what life throws at you, anything is possible,” he said.

Off the course, Nelson is the president of Blind Golf Canada and sits on the board of directors for the International Blind Golf Association.