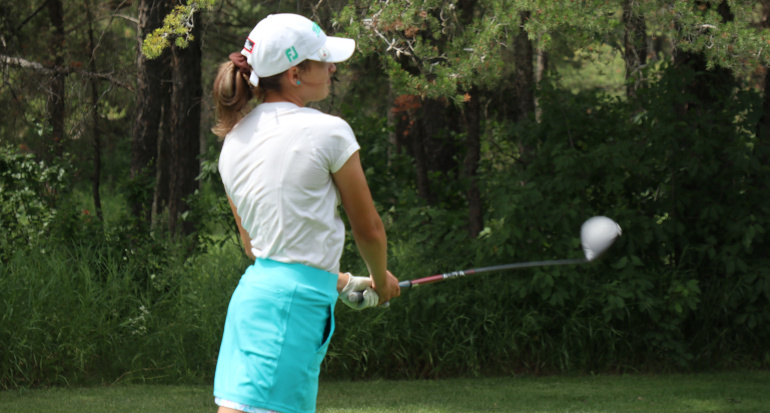 Regina’s Autumn Neiszner has taken over the lead at the 69th Junior Women’s Championship.

The Wascana Country Club member was three shots back of Brooklin Fry after round one, but on Wednesday she tied for low round of the day at 76. Coupled with Fry’s 86, Neiszner will take a seven-stroke lead into the championship round Thursday at the Evergreen Golf Course in Nipawin. Neiszner now sits at plus-10 over 36 holes.

Creighton’s Lauren Fox also shot 76 on Wednesday to push herself into contention. Her career low round vaulted her into a tie with Fox, the reigning junior champion in second place.

Three other golfers will battle for the last spot at the Canadian National Championships on Thursday, Sarah Grieve (Saskatoon), Ella Kozak (Yorkton), and Carey McLean (Deer Valley) are all within two shots of each other. The top three players will make up Team Saskatchewan at the national junior event, plus one alternate will participate.

The complete leaderboard can be seen here.

Estevan’s Jace Carlisle managed to hold onto the lead he had after round one of the Junior Men’s Championship but the four shot comfort zone the Estevan product enjoyed is no longer in play.

Carlisle followed his 69 on day one with a 10-over, 82 during the middle round of the event to drop to seven-over for the tournament. He sits one stroke ahead of another TS&M Woodlawn golfer, Jayden Dudas. He fired his second straight round of four-over, 76 to sit in a tie for second at plus-eight. Griffin Wilson of Swift Current is also at eight-over after shooting a 79 on Wednesday.

There is a logjam of golfers tied for fourth place at plus-nine. Steven Duchscher (Saskatoon), Cole Jenkins (Prince Albert), Brody Istace (Kindersley), and Chase Gedak (Estevan) will all battle for one of the four national spots on the junior men’s side.

The championships will decided on Thursday.