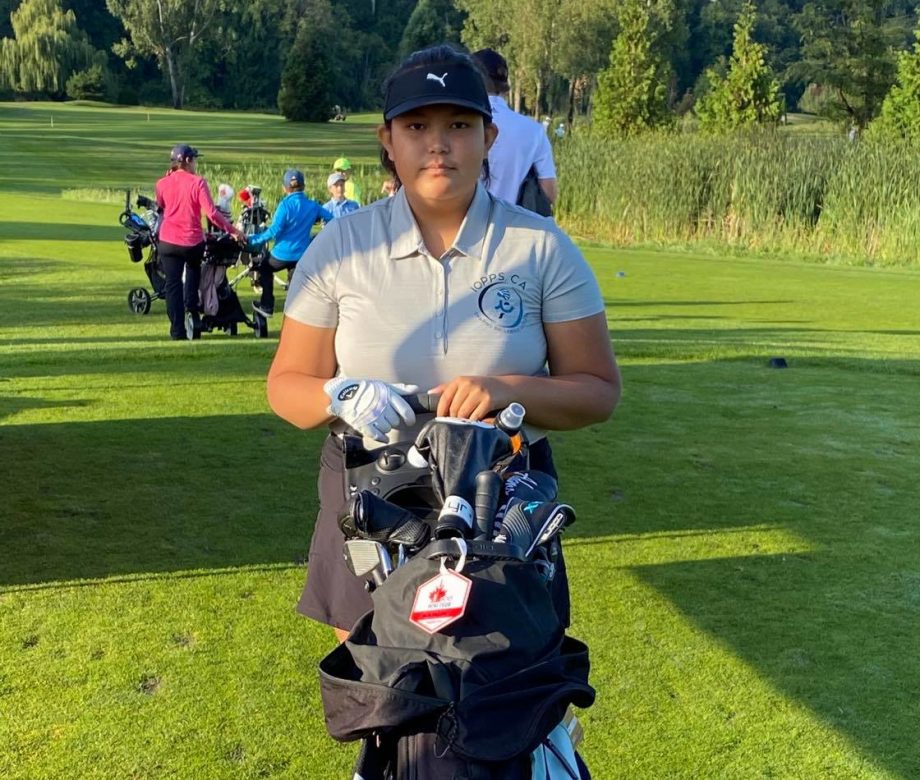 Ada Dillon’s early start in golf isn’t any different than others, tagalong with mom and dad, start hitting shots, enjoying the game, and sticking with it.

This started for the 12-year-old Onion Lake resident at three years old at St. Walburg. Dillon said she started swinging her dad’s clubs but quickly realized she would be left-handed and needed her own. This year Dillon swung her lefty clubs at the Maple Leaf Junior Golf Mini Tour National Championship in Tsawwassen, British Columbia. She said there are a couple factors aiding her enjoyment of the game.

“I really like meeting new people, competing, and being outdoors,” she said about her love of the sport.

Dillon decided to expand her experiences on the course and compete on the MJT Mini Tour for the first time this season back in June. She said playing in a tournament was a great learning experience but a positive one.

“It was fun, very hard, but I had lots of fun and met so many new people,” she beamed.

Overall, she played in five tournaments over the summer including the national championship where she competed in the 11-12 girls’ division, she shot 199 over 36 holes. Aside from being her first time on an airplane, the trip was a highlight of the summer.

Dillon added that seeing the ocean and the mountains were also favourite memories from her time in B.C.

She said that golf will continue for her, and she hopes to compete at the junior provincials in the future. She also has a message for kids in small communities when it comes to golf, or other sports and activities.

“Don’t be afraid to try new things,” she concluded.