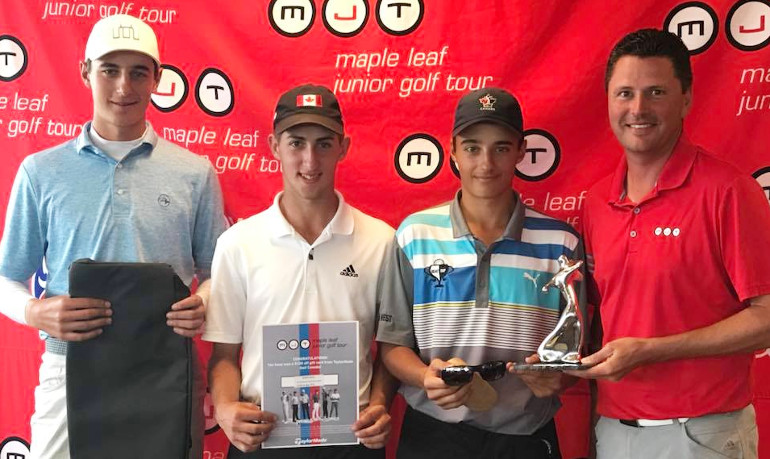 Josh Nagy continues his superior summer on the golf course.

The Saskatoon product added to his 2018 win total on Tuesday shooting the overall low score of 146 (76, 70) during a two-round Maple Leaf Junior Tour (MJT) stop at Dakota Dunes Golf Links. The Saskatchewan junior champion played the Dunes last week in the Golf Saskatchewan Men’s Amateur Championship, perhaps using the experience to his advantage. Nagy, 16, ran away from the field of 33 juvenile boys winning by nine strokes over North Battlefords’ Colby Friedrich and twin brother Cole Nagy.

Will Danielson and Tj Baker round out the top five in the division, they tied for fourth with a score of 159.

Saskatoon’s Steven Duchscher was the low-shooting junior boy, the 17-year-old carded a 148 (76, 72). Griffin Wilson of Swift Current finished second, four shots back. Keighton McNab placed third with a score of 155 (79,76).

In the bantam boy’s division, Kindersley’s Cort Tunall picked up the victory. Tunall, 14, shot 76 during round one and 74 on day two for a three shot win over 13-year-old Brett Leonard. Calgary resident Guillermo Salazar placed third with a score of 157 (84, 73).

The MJT has a collegiate division as well, Logan Crawford of Red Deer, Alta. was the winner with a score of 164.

The MJT is part of the Golf Saskatchewan Order of Merit Tour. The next MJT event in the province is the OMT Championship in Swift Current at the Elmwood Golf Club. That tournament runs Aug. 25 and 26.