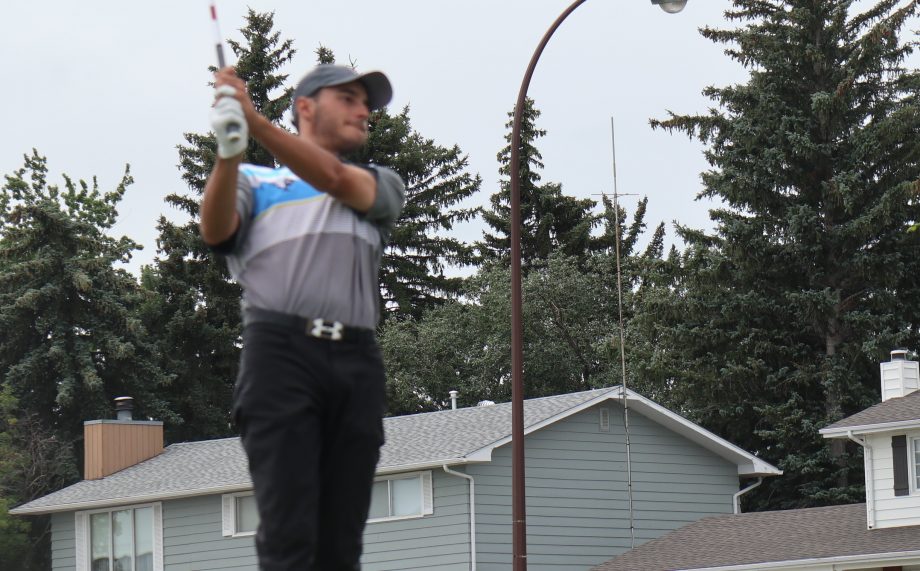 Josh Nagy will take a lead into the final round of the junior boy's championship.

In the 94th annual Junior Boy’s Championship 2018 winner Josh Nagy of Saskatoon found his groove shooting 1-under, 71 to climb into the lead heading into Thursday’s final round of the event. Nagy was five shots back of Battleford’s Colby Friedrich after round one.

Friedrich dropped back to a tie for third after posting a score of 80 in the second of three rounds of the championship. Jayden Dudas of Estevan matched Nagy’s score of 71 to vault himself into second at plus-5.

Alex Swinnerton will join the other three players in Wednesday’s final group in a race for the 2020 junior trophy.

Wawota’s Theoren West is in the hunt at 7-over par for the event, Cole Nagy sits in sixth at 8-over.

The full leaderboard can be found here.

Fry sizzles during round two

Shell Lake golfer Brooklin Fry was also in the red on day two shooting 71 after an opening round of 79 on Tuesday.

Fry, the 2018 junior girl’s champion opened a seven stroke lead over reigning champion Autumn Neiszner of Regina. The pair were tied after round one.

Saskatoon’s Sarah Grieve is tied for second place with Neiszner at plus-13 after shooting a solid 77 Wednesday.

The championship round will begin at 8 a.m. on Thursday.