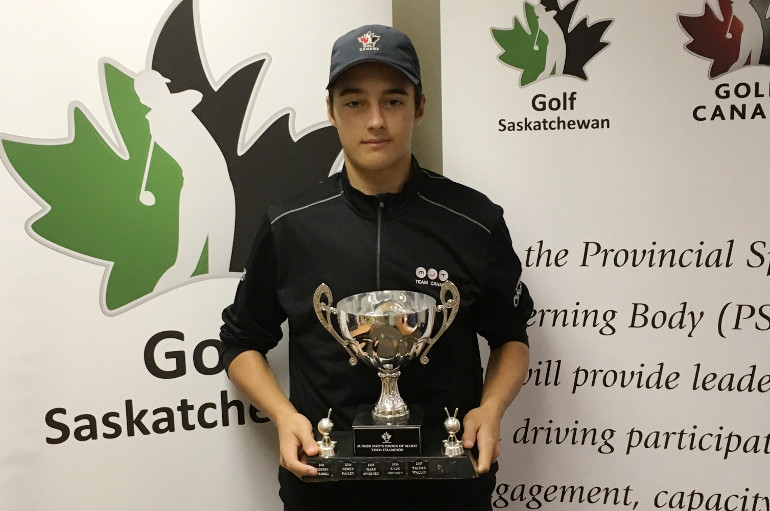 Josh Nagy is the under-19 men's OMT champion.

Saskatoon’s Josh Nagy has set a precedent for teenage men golfers in Saskatchewan.

“It was definitely was a goal, I started the year coming in second which was a kick in the butt but after all the tournaments it was a goal and nice to reach,” Nagy said.

Nagy played in seven tournaments that are OMT regulated, by rule players take their top four tournaments plus provincials for their annual title. Nagy admitted he looked towards a title but winning a couple marquee events was overwhelming.

“I wanted to play the big ones, I wish I had played a little better at the Future Links (12th) but definitely the provincials and the Lobstick were nice to win,” he said.

Nagy’s 3,200 points were over 1,100 more than second place Bradley Moser. Riverside’s Steven Duchscher placed third. The men’s under-19 was the widest spread race of all the championships this season. Despite the facts Nagy disputed the term of being “Saskatchewan’s best golfer under 16.”

“It’s humbling but I can’t think about that. I just go out every day and try to get better,” Nagy said.

You can see the under-19 men’s standings here.