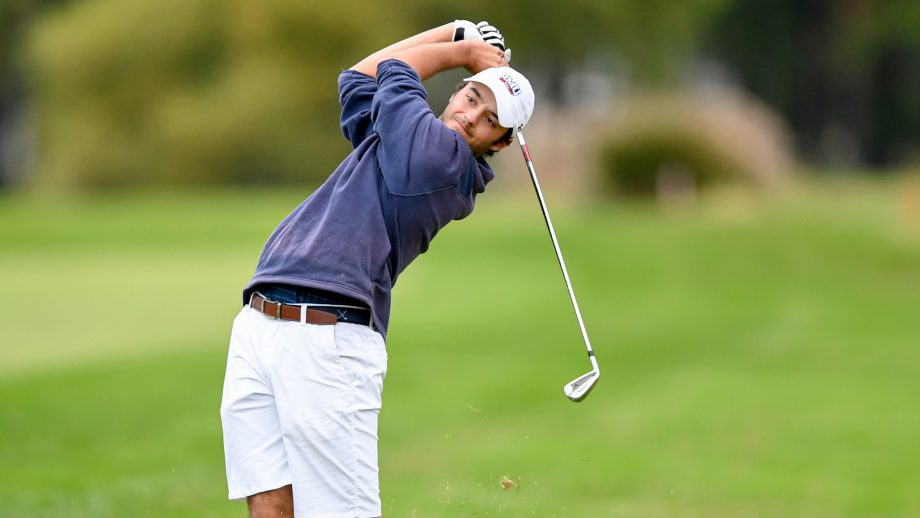 Josh Nagy is continuing his strong play for Robert Morris University (RMU) in Pennsylvania. After a third-place finish earlier this season the Saskatoon junior had a tournament to remember on Oct. 23 and 24 in Grasonville, Maryland at the Towson Invitational hosted by the Prospect Bay Country Club.

Nagy shot 65 in round one of the event becoming the fourth Colonial to shoot the record number in the school’s history, his 54-hole total of 7-under, 209 is an RMU three-round record as well. Nagy finished in second place just three strokes behind the tournament champion. The team tied for third overall.

RMU will be in West Orange, New Jersey on Nov. 1 and 2 for the Metropolitan Intercollegiate Championship at the Montclair Golf Club.

Regina golfer Jacob Kydd has a top-10 finish under his belt at the Chariot Run Challenge in Laconia, Indiana.

Kydd, a senior at Indiana Wesleyan University carded rounds of 71, 76, and 75 for a 54-hole score of 6-over, 222 at Chariot Run Golf Course. The Wildcats team placed fifth out of nine schools, Kydd was competing as an individual in the event. They will conclude their fall season on Nov. 1 and 2 in Rio Grande, Puerto Rico at the Wyndham Grand Rio Mar Golf and Beach Resort.

Saskatoon’s Roman Timmerman was in action at the Tulsa Cup at The Club at Indian Springs – River Tulsa Cup on Oct. 25 and 26. The senior at Southern Arkansas University tied for 19th in the 54-hole event finishing at even par with rounds of 68, 75, and 73.

As a team the Muleriders finished in 11th place. This was their last event of the fall season.

TJ Baker was in action alongside his University of Arkansas at Monticello teammates at the Ranger Invitational in Enid, Oklahoma on Oct. 18 and 19. The Prince Albert product posted rounds of 84 and 75, the junior placed in a tie for 28th, the Weevils team was fifth overall.

The fall season is over for the team, they will return to play in February.

Caden Loeppky also wrapped up his freshman fall campaign with Waldorf University. The team was at Otter Creek Golf Course for the GV Invitational on Oct. 18 and 19. The Willows Golf and Country Club member shot 76 in round one and 80 in the second round, he placed in a tie for 37th at 12-over par. The team was ninth.

Milsaps College and Saskatoon’s Will Danielson just wrapped up the Chick-fil-A Collegiate Invitational at the Stonebridge Golf Club in Rome, Georgia on Tuesday.

Danielson fired an 81 in round one followed by an 88 in the second round, his 25-over, 169 left him in 87th place. That concludes the first half of his freshman season at Milsaps.