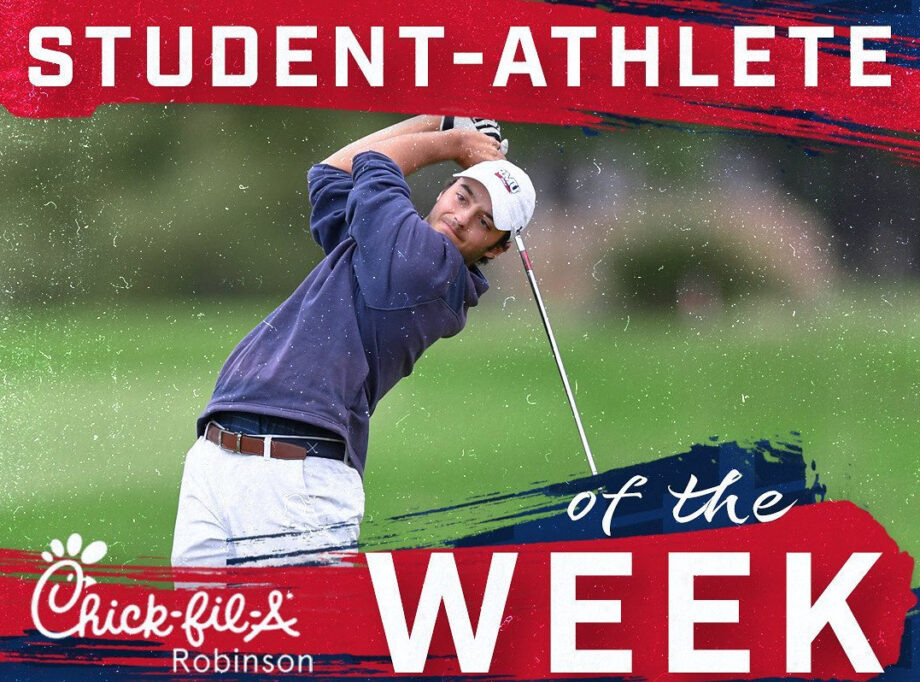 Josh Nagy concluded his fall golf season with a top-5 finish and Student-Athlete of the Week. (RMUAthletics/Facebook)
Clark Stork

On Oct. 24 and 25 the Colonials were in Glen Cove, New York for the Nassau Invitational at the Nassau Country Club. Nagy shot 74, 69, and 72 for a 5-over par, 215, tied for fifth with two other players. The team was fifth thanks to Nagy’s team low score.

Nagy’s performance earned his the Chick-Fil-A RMU Student-Athlete of the Week as well.

The team is now off until the spring.

Prince Albert’s TJ Baker climbed six positions during the second round of the Lyon College Fall Invitational in Batesville, Arkansas on Tuesday to finish the 36-hole tournament in sixth place. The Waskesiu Golf Course member and University of Arkansas at Monticello junior shot 80 in round one at The Course at Eagle Mountain on Monday before rebounding with a 73 in round two to finish just eight shots back of the winner.

Weevils teammate Chase Gedak of Estevan was 11th at the event with a two-day score of 13-over par, 157 (79, 78). The event featured just a trio of schools and 21 players in the field, the Weevils took second place overall. They are now on their winter break as well.

Will Danielson also has a win this season for Milsaps College, the Saskatoon product concluded his fall season with a tie for 11th at the William Carey Gulf Shores Invitational in Gulf Shores, Alabama on Oct. 24 and 25. He shot 79 and 76 at the Peninsula Golf Club finishing eight strokes behind the winner.

The Majors team tied fir third with the host team. They are now off until March.

Cote’s Mulerider teammates placed sixth out of 17 schools competing in the tournament. They are also finished their fall season.