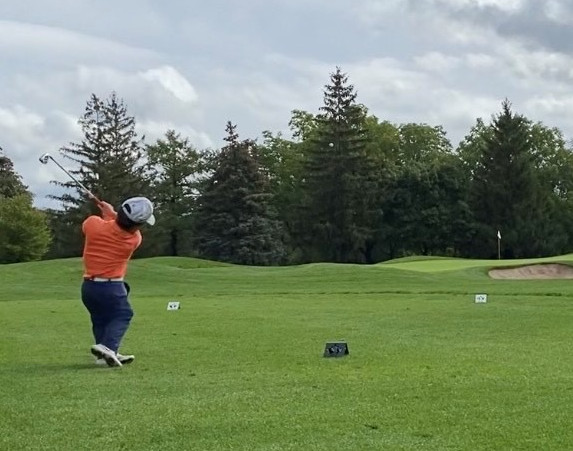 Carlyle’s Carter Morrison hasn’t played in many golf tournaments, but the 17-year-old already has a top-10 finish at a Golf Canada Canadian Championship.

Morrison got his start in the sport via the common route of tagging along at the course with his dad and brother. He said he enjoyed the game early on and played as early as he can remember. When asked what created a like for the game Morrison said the individuality is unique.

“I like how it an individual game,” he told Golf Saskatchewan. “If you make a bad shot you can come back, you are always focusing on you not someone else.”

Morrison competed in the Saskatchewan Junior Champion in Moose Jaw this summer, he also entered the Moose Mountain Classic at Golf Kenosee, just eight kilometers from Carlyle. However the highlight for Morrison was a trip to Toronto to compete in the inaugural Canadian All Abilities Championship on Sept. 23 and 24.

He shot 80 in the first round and 86 in round two. His score of plus-26, 166 tied him for 10th overall in a field of 29 players. Morrison said he was very happy with the result and experience.

“It’s an amazing course, one of the nicest I’ve ever played on. The week went well, I had my ups and downs, but I can’t complain, I finished top-10. That was my goal for the week,” he said.

The appearance in the championship, which came to fruition after his mother was notified of the event, has provided a spark to Morrison and elevated his golf goals.

“Now I am ranked (World Ranking for Golfers with Disability) and I am excited to hopefully play in some more tournaments around the world. I just have to improve and get better, get to the best I can be and maybe go back next year and win this tournament,” he added.

For more details on the All Abilities Championship click here.

You can hear more from Morrison below, he spoke with Golf Saskatchewan’s Clark Stork after returning from the All Abilities Championship.