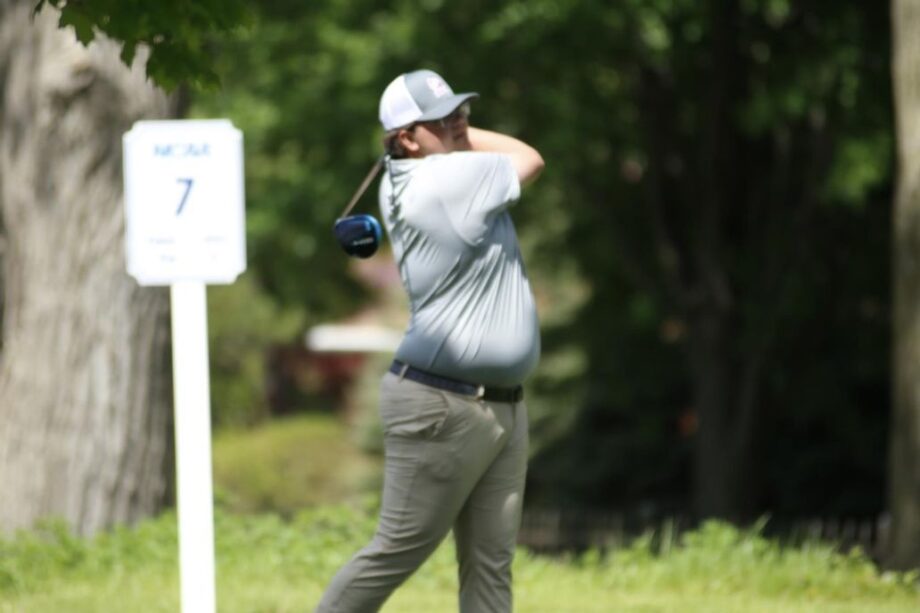 The University of British Columbia won the event with the Warriors in second, next up for Schmidt and her teammates is the Ottawa Fall Invitational in Sunrise, Arizona on Oct. 3 and 4.

Holly Knudsen continued her impressive fall run with a 12th place finish this week at the Watkins Invitational in Lake City, Minnesota. The Minot State junior shot 91 in round one at The Jewel but rebounded nicely with an 81 in round two to jump u the leaderboard to 12th.

The Beavers team was fourth in the tournament. The team travels to Laurel, Montana on Oct. 3 for the Yellowjacket Invitational at the Laurel Golf Club.

In Concord, New Hampshire Jace Carlisle led the way for the Post University Eagles men’s golf team. The Estevan product went 71, 75 at the Penmen Fall Invitational at Beaver Meadow Golf Course this week. Carlisle finished tied for fifth in the tournament at 2-over par, the Eagles also placed fifth as a team.

Post’s next event is the Central Atlantic Collegiate Conference at Watertown Golf Club in Connecticut on Oct. 3 and 4.

Saskatoon’s Caden Loeppky has a top-five finish on his resume this fall and a team win for Waldorf University. Competing at the Waldorf Invitational at Rice Lake Golf and Country Club in Lake Mills, Iowa the Willows Club member shot 76 and finished tied for fourth at the event. The Warriors won by two shots.

Next up is the Knox Invitational on Oct. 1 and 2 in Galesburg, Illinois.

Waskesiu Golf Course member Guillermo Salazar has his first career top-five college finish early in his career at Indiana University of Pennsylvania. The Calgary product was competing as an individual at the King Invitational in Bristol, Tennessee this week and shot rounds of 73 and 67 to tie for fifth at even par.

Teammate Alex Swinnerton of Saskatoon was playing with the Crimson Hawk team at the event, the Saskatoon resident also placed well tying for 14th at 5-over par thanks to rounds of 72 and 73 at the Bristol Country Club.

The team collected a bronze medal at the tournament. Next up for the Crimson Hawks is the Hal Hansen Invitational in Grove City, Pennsylvania on Oct. 2 and 3.

Regina’s Hunter Kutcher was in action this week for the University of British Columbia Okanagan Heat in Bellingham, Washington for the Western Washington Invitational.

The Heat were 10th overall in the 17-school field. The Canada West Conference Championships are next on Oct. 3 in Victoria, British Columbia at Cordova Bay Golf Course.