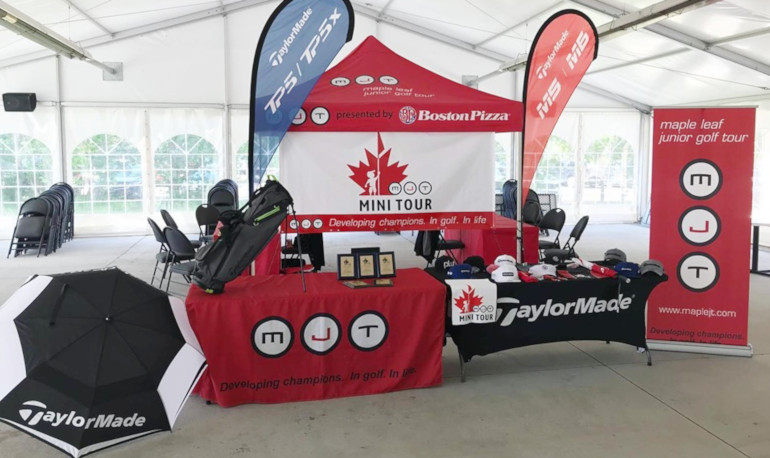 The MJT will have six Saskatchewan events this year.

The Maple Leaf Junior Tour (MJT) and MJT Mini Tour stopped in Saskatoon at the Moon Lake Golf and Country Club for an event this Canada Day long weekend.

The overall low score was a tie, Will Blake, 15, and Josh Nagy, 17, each shot a two-round total of 151 over 36 holes. Blake continued his strong season winning the juvenile boy’s (15 -16-year-olds) by four strokes over TJ Baker of Prince Albert. Estevan’s Jayden Dudas was five shots off the pace claiming the bronze medal in the juvenile category.

Nagy, coming off his win at the Future Links event in Yorkton was six strokes ahead of Chase Gedak to claim the junior boy’s (17-18-year-old) division. Micah Tangjerd of Saskatoon finished in third place with a total of 163.

Both the juveniles and juniors played the event at 6,711 yards.

The peewee (12 and under) boy’s winner was Strathmore, Alta.’s Parker Riou. He posted rounds of 77 and 83 for a total of 160, nine shots ahead of Warman’s Dane Giesbrecht. Calgary’s Leyton Arthur was third at 173.

Autumn Neiszner continued her strong season with another win, the Wascana Country Club player won the 15-18 girls age group with a score of 169, ten ahead of Saskatoon’s Sarah Grieve. Symone Ripley of Saskatoon placed third at 213.

All the results of the junior event can be seen here.

Poppy Hudye Baranskey, 10, shot 110 to sit atop the 9-10 girls age group of the Mini Tour portion of the event. She was eight shots better than Saskatoon’s Grace Odnokon and 13 ahead of Madison Elliot, also of Saskatoon.

In the under-eight age group Austin Nesbitt of Pilot Butte was the low shooter, he scored an 86. Melville’s Keaton Kreklewich was just three strokes back at 89. Peyton Olynick of Saskatoon placed third with 96.

In the 11 and 12-year-old boy’s age group Coben Taylor is taking home a gold medal. The Saskatoon golfer stroked a 90, seven less than second-place Lyndon Ross. Ayden Ross of Swift Current finished in third at 106.

All the Mini Tour results can be seen here.

The next Saskatchewan MJT event is July 22 and 23 at Dakota Dunes Golf Links.

Saskatchewan juniors are getting set for the provincial championships that take place at Nipawin’s Evergreen Golf Course from July 9 to 11.