MJT makes final stop of the season in Saskatchewan 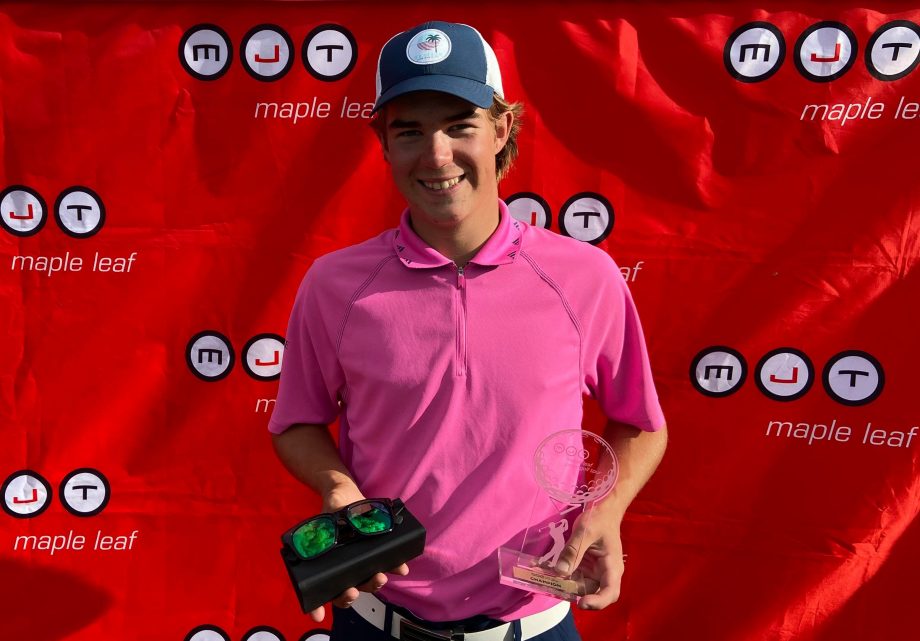 Theoren West was the MJT low shooter at their tournament in Warman this past weekend. Photo - Jeff Chambers
Clark Stork

The 2021 Maple Leaf Junior Golf Tour (MJT) made its final stop in Saskatchewan over the weekend at Warman’s Legends Golf Club.

Wawota’s Theoren West was the low shooter of the 36-hole event which caps the 18-year-olds season with another victory. West shot 70 during round one on Saturday before he blistered the 6700-plus yard set up to the tune of a 66 on Sunday. He edged Regina’s Will Blake by three strokes for the win in the junior boys category.

Blake was a shot lower than Kindersley’s Cort Tunall at 139 in second, Tunall carded a 140 with back-to-back 70’s to claim bronze.

Tommy Danielson of Saskatoon was the winner in the juvenile boys division with a score of 137. Danielson shot 70 on day one and 67 in round two. He held off Weyburn’s Darien Herlick by three shots.

Herlick carded a 71 and 69. Saskatoon golfer Max Regier placed third after a pair of 71 rounds.

Dane Giesbrecht used his home course advantage to give him a leg up and another MJT title.

Russell Quinn of Wainwright, Alberta placed third in the division with a score of 152 (78, 74).

Saskatoon’s Aricin Franklin is making a name for himself on the MJT this summer. The 12-year-old Saskatoon golfer picked up his third win of the summer in the peewee boys age group.

Franklin posted a 79 in round one and a 73 in his second round. His 152 was three shots better than fellow Saskatoon golfer Lucas Sturgeon. Sturgeon went 77, 78 at the event to claim the silver medal.

Tayla Perry of Regina has found herself at the top of the under-15 girls leaderboard several times this summer.

Saskatoon’s Sarah Grieve will cap her MJT season within Saskatchewan’s borders with a win.

Grieve carded a 76 in round one and a 74 on Sunday to secure a seven shot victory over Symone Ripley, also of Saskatoon. Ripley posted scores of 80 and 77.

The MJT National Championship will be held in Surrey, British Columbia from Oct. 8 – 11.