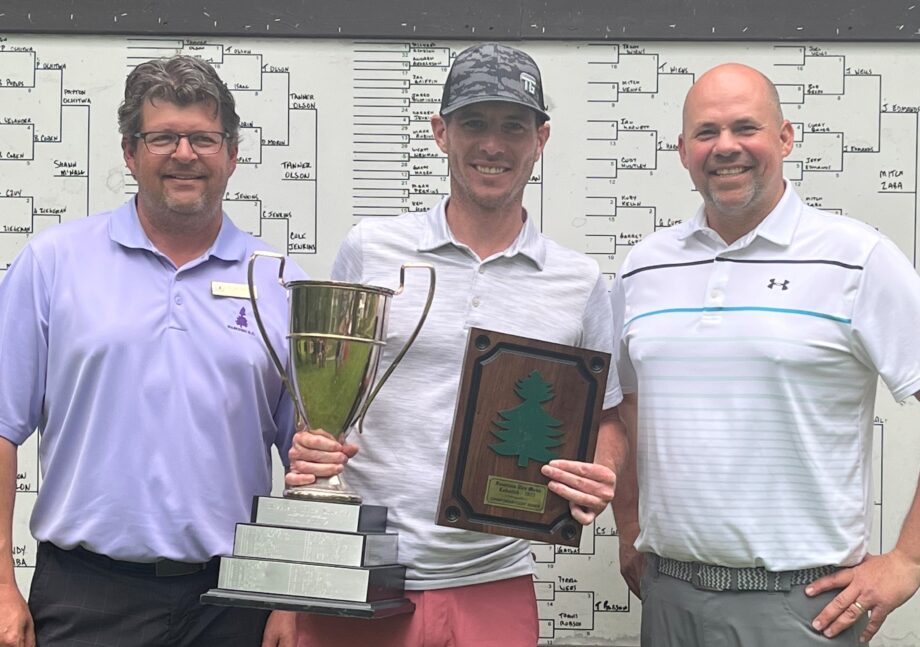 McNall, 42, started the week with a tie for 17th in the Open, the Roya Regina Golf Club player then placed 14th in the qualifying round on Tuesday. He then went on to beat Doug Kozak, Danny Klughart, Ashley Ziegeman, and Payton Ochitwa in the final in a one hole playoff.

Ochitwa took the early match lead after McNall bogeyed Waskesiu’s classic second hole. McNall bounced back with a birdie on hole four to get the match even, but Ochitwa took the 1-up lead right back on the fifth hole. Ochitwa’s tee shot on hole six found the trees allowing McNall to tie the match with a par.

After pars on 18, the pair was send back to hole 17 where McNall knocked in another birdie to claim the title in his first ever appearance at the historic event.